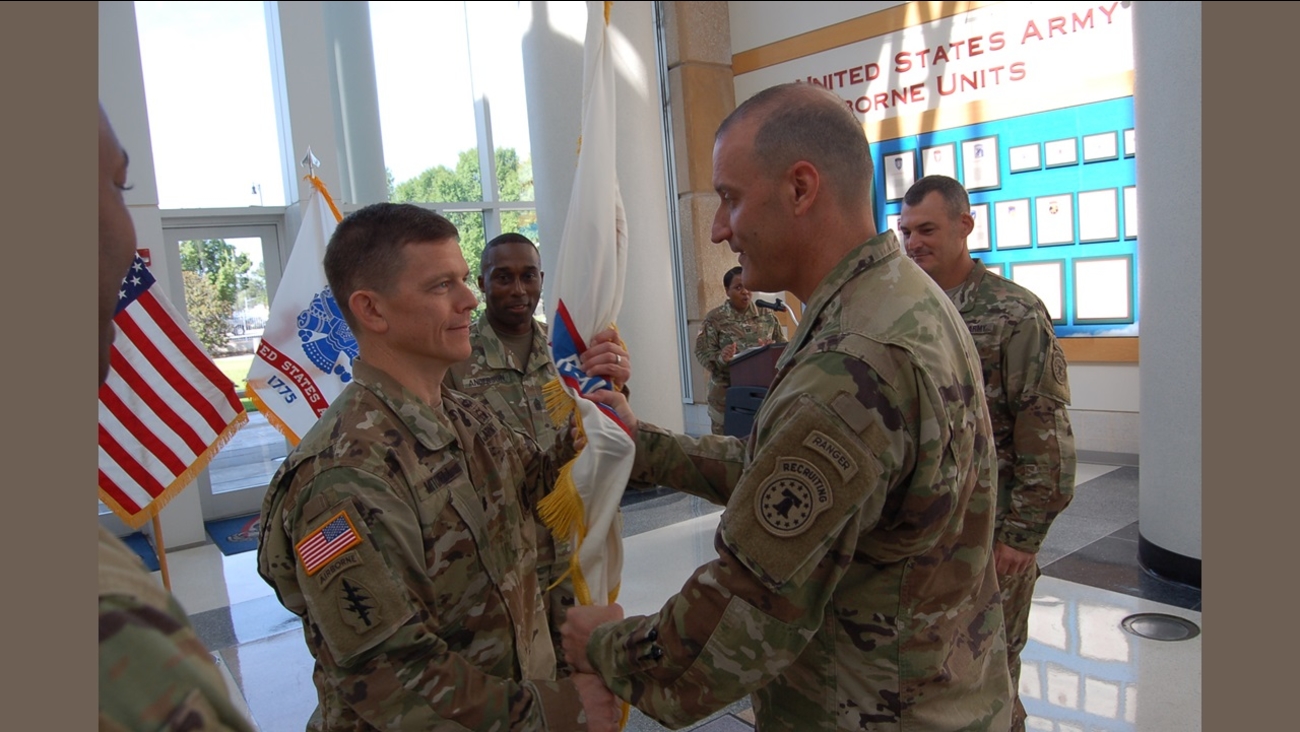 Lieutenant Colonel Daniel Mitchell took command of the US Army Raleigh Recruiting Battalion Wednesday at a Change of Command Ceremony at the Airborne and Special Operations Museum.

Mitchell is replacing outgoing commander Lieutenant Colonel Ted Hudson who is leaving the unit after two years. Under Hudson's leadership, the battalion saw its first female recruit sign up for a combat position.

Best of luck LTC Ted Hudson, outgoing battalion commander of the @goarmyraleighbn, as you begin this next chapter. It's been a great 2 yrs. pic.twitter.com/IgOzxfwt9q

Mitchell will now be in charge of the U.S. Army Raleigh Recruiting Battalion's over 328 Regular Army and Reserve Soldiers and Civilians. The Battalion covers 76 counties and over 40,000 square miles. There are six Recruiting Companies and 39 Centers. The Battalion also operates two Military Entrance Processing Stations. One is in Raleigh and the other located in Charlotte.