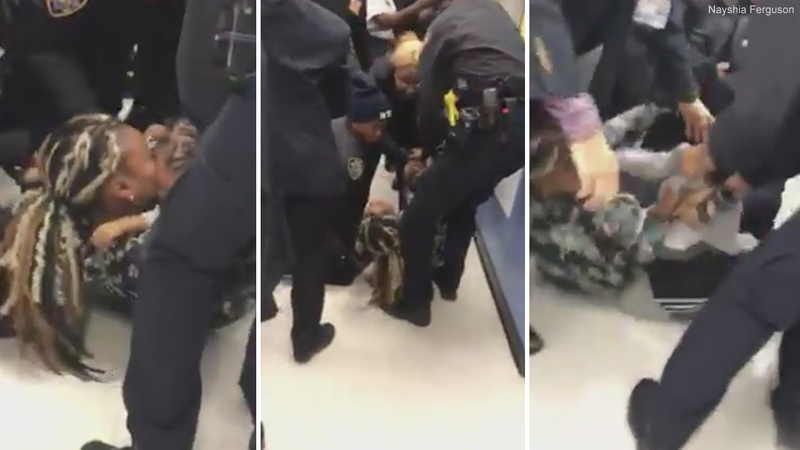 NEW YORK -- A woman's arrest in Brooklyn has drawn national attention after video of the incident was posted to social media. The clip shows a group of New York police officers pulling a 1-year-old old boy from his mother's arms at a social services center.

A witness says security guards confronted the woman when she sat on the floor because of a lack of chairs. Police were called when she refused to leave.

Brooklyn Borough President Eric Adams, a Democrat, is calling the arrest a "blemish on the entire city."

Watch the video above for a full look at the entire incident.