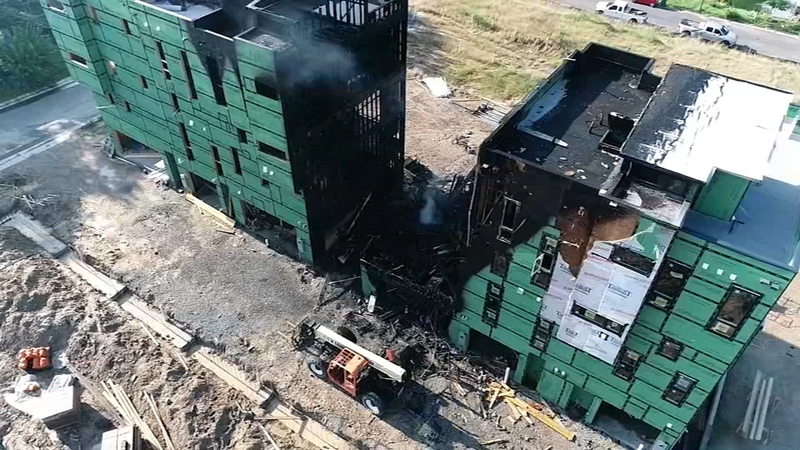 DURHAM, N.C. (WTVD) -- The massive fire that burned through a Durham townhome complex under construction was intentionally set, according to investigators.

A task force comprised of local and state fire investigators unanimously determined that the August 11 fire at Gorve Townhomes was an arson.

Investigators described the 2-alarm fire as a "catastrophic fire event."

There is no known motive for the arson, but investigators said the case remains under investigation.

Durham Police Department has now launched a formal criminal investigation into the case.