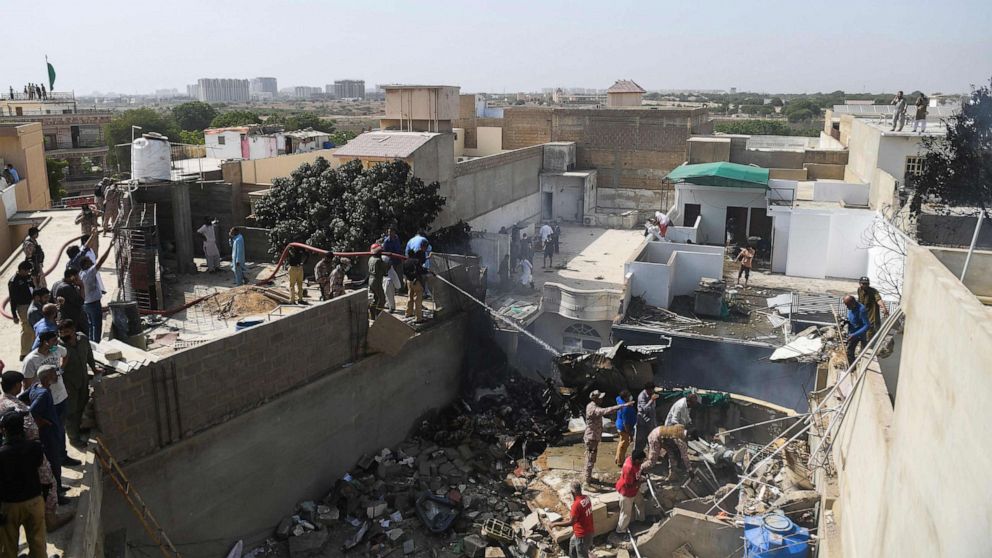 At least one person has survived after a Pakistani Airlines passenger jet crashed near the Karachi Airport Friday.

All 91 passengers and seven crew members on board were feared dead, a PIA official earlier told ABC News. But at a press conference Arshad Malik, the PIA Chairman, said on Friday evening that one passenger survived the crash, and they are checking local hospitals for further survivors.

The Airbus 320 was traveling from Lahore to Karachi when it crashed, going down in a densely populated residential neighborhood 2 kilometers from the airport. The authorities expect the full circumstances surrounding the crash to become clear once black box data has been evaluated, Malik said. The pilot of the downed plane had called the control tower to report a technical issue and that he was going to attempt another landing, he added.

A military official told ABC News that their teams are on ground searching for bodies from the plane and the houses. The official said it's too early to know how many people were in their homes at the time of the crash.

As well as the search and rescue teams, Major General Babar Iftikhar, the spokesperson for the Pakistan Armed Forces, said that military helicopters had flown to the scene "for damage assessment and rescue efforts."

In a video shot by an eyewitness, a huge cloud of black smoke can be seen rising from the crash site from a Karachi suburb.

Imran Khan, the prime minister of Pakistan, promised a full investigation into the crash, which came just days after the country resumed commercial domestic flights.

"Shocked & saddened by the PIA crash," he said in a statement. "Am in touch with PIA CEO Arshad Malik, who has left for Karachi & with the rescue & relief teams on ground as this is the priority right now. Immediate inquiry will be instituted. Prayers & condolences go to families of the deceased."
Report a correction or typo
Related topics:
abc newsnational
Copyright © 2021 ABC News Internet Ventures.
More Videos
From CNN Newsource affiliates
TOP STORIES