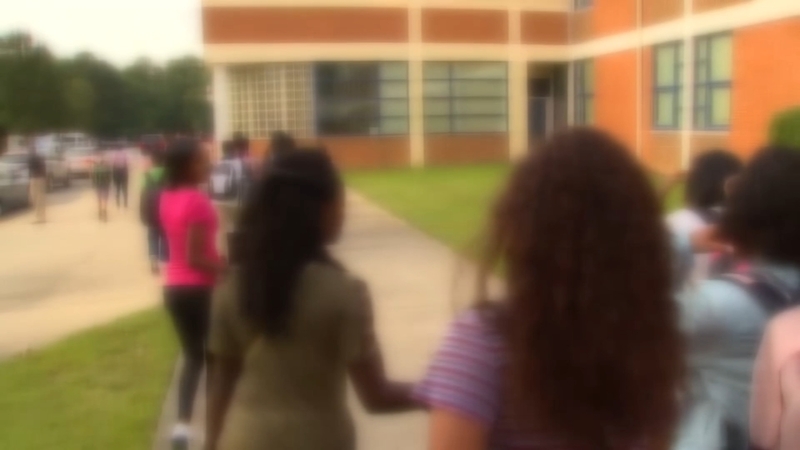 CARY, n.C. (WTVD) -- Leslie Welch doesn't know how she can send her son, Josh, back to class as much as he needs it.

Josh is 17 and has autism. He's also nonverbal and has a mild case of cerebral palsy.

"He's got a one-on-one aide," Leslie said. "There are four kids in his class and they all have one-on-one aides as well as the teacher and assistant in the room."

Josh goes to Athens Drive High School usually but like students everywhere, he's been out since March due to the pandemic.

17 year old Josh has autism and has been out of @AthensDriveHS since the pandemic. His mom now is in the tough position of deciding whether to send her son back or go fully virtual. @WCPSS #ABC11 pic.twitter.com/OJQtu587HR

"All the things he loves to do or would do in a normal situation are all kind of gone including school," she said. "He loves school."

Parents like Leslie got a memo from Wake County on Tuesday saying their students need to participate in the hybrid form of learning with one week on and two weeks outside.

"Going in and out and making all those transitions all year long or even a serious period of time of one week will be hard to explain," Leslie said. "On a good day, he doesn't understand things that would be required of him to even be on in the classroom."

Students and teachers will be required to wear masks at all times while in school in addition to maintaining as much distance as possible if they're in the building.

RELATED: Gov. Roy Cooper announced a plan for reopening NC schools. Here's what it means for parents and students.

"It's been a long spring and it's a long summer but being in his shoes is even harder," said Freda Dias, whose 17-year-old son, also named Josh, is in the same boat as Leslie's son.

She doesn't think it's safe to send her son back but has issues with him learning virtually at the same time.

"It is very difficult to engage my son in remote learning," Freda said. "He lacks focus. You just can't utilize the same tools online that you can use in-person obviously."

The Wake County School Board said it is adding a meeting at the end of July to go over many of these issues.