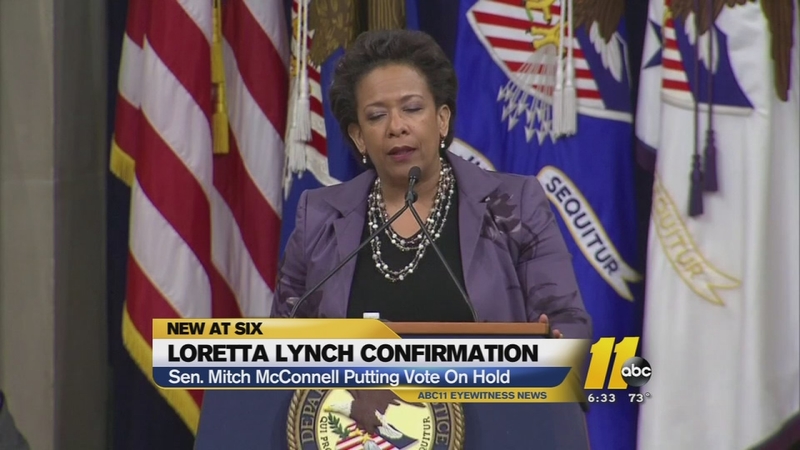 WASHINGTON, D.C. (WTVD) -- Attorney general nominee and Durham native Loretta Lynch will have to wait for her confirmation vote, according to Senate Majority Leader Mitch McConnell.

McConnell said on Sunday that he plans to delay the vote until the Senate passes a controversial human trafficking bill.

The bill would set up a fund for victims of human trafficking, but some Democrats renounced their support of the bill after they discovered the bill proposed restricted federal funds for abortion.

Similar restrictions on the use of federal funds have been in place for three decades. But abortion-rights supporters said the legislation takes the restrictions a step further by applying them to the personal money convicted sex traffickers pay into a government fund.

Democratic Sen. Chuck Schumer of New York said Republicans are using any excuse they can to stall the nomination. At a time when terrorist groups are threatening the U.S., the nominee deserves a vote, he said.

"It's time for Republicans to stop dragging their feet on Loretta Lynch," Schumer said.

Lynch is poised to become the first African American, female attorney general if she is confirmed.