Couple claims Raleigh rental truck shouldn't be on the road 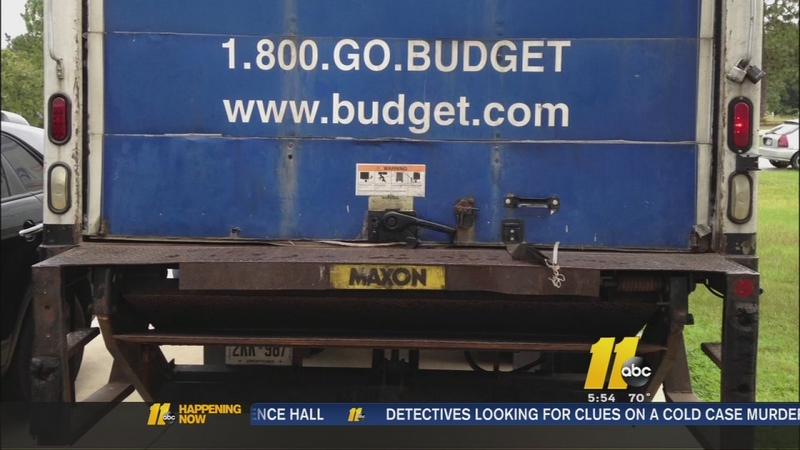 Couple claims Raleigh rental truck shouldnt be on the road

SANFORD (WTVD) -- When you rent a vehicle, you expect it to be well-maintained and problem-free. But for one local couple, this was not the case. The conditions of their rental truck were so bad, they said they feared for their safety.

It's easy to see the problems with the truck Kristina Foster and her fiance rented from Budget. The dashboard was taped, the seat was ripped and the truck was very dirty.


"We noticed some of the cosmetic issues with the truck, we were like 'if it runs and it gets us there...'" Foster said.

But they were wrong, after being on the road for just a few minutes, more problems surfaced.

"The truck is shaking really bad," she said.

Foster called roadside assistance, but said they didn't show up until four hours later at 10 that night, after they had already arrived at their new home.

"He said one thing that I noticed was this truck is two quarts low on oil," Foster said.

The maintenance sticker on the truck said the truck hadn't been professionally serviced for more than a year. Foster said the mechanic changed the oil in the rental, but that was it. The truck had also already been driven over 183,000 miles.

Foster ended up returning the truck back to Raleigh and called Budget.

"I was given the run-around by customer service," she said.

The only thing she says Budget was willing to do was give them a 10 percent discount.

"My concern is safety. Just giving a discount is no regard to safety, you can't put a price on consumer safety," Foster said.

Frustrated, Foster reached out to me.

A representative with Budget responded and said, "The truck rented had been serviced numerous times throughout the year. However, we have taken appropriate action to prevent recurrence of this unfortunate experience. We have removed the vehicle from our rental fleet and have reimbursed him for his rental in its entirety."

The rep also added the truck was rented during the Labor Day weekend. With it being a holiday and one of the busiest travel and moving times of the year, Foster and her fiance experienced a longer than usual wait for roadside assistance. She said Budget regrets not providing Foster and her fiance with a positive rental experience and apologize for any inconvenience it may have caused.

Foster is happy the truck is no longer on the road and satisfied with the full refund. The best advice, whether you're renting a moving truck or a vehicle, check it out before driving off the lot. If you are not happy with it or don't feel safe, do not take it and ask for another vehicle.