Teaser trailer for 'Avatar: The Way of Water' is here: Watch now

ABCNews
By Steve Iervolino via 'GMA' 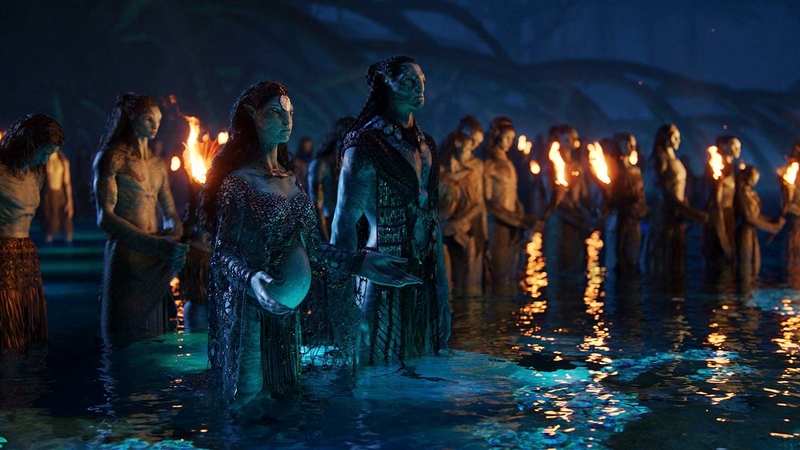 Teaser trailer for 'Avatar: The Way of Water' is here: Watch now

The teaser is finally here for "Avatar: The Way of Water," the sequel to James Cameron's 2009 sci-fi film, which remains the highest-grossing movie globally of all time.

The sneak peek, which is currently playing in theaters ahead of "Doctor Strange in the Multiverse of Madness," is filled with breathtaking imagery of Pandora, the home to the series' blue-skinned Na'vi people. Watch the teaser trailer in the player above.

However, things look a bit different, at least according to the teaser. Some of the humans who invaded the planet in the 2009 film are apparently working alongside their alien hosts.

However, an unseen threat calls the Na'Vi to arms once again.

The footage is devoid of dialog, except for Sam Worthington's Jake uttering a line to Zoe Saldana's Neytiri: "This family is our fortress."

According to 20th Century Studios, "Avatar: The Way of Water" is set a decade after the original, and "begins to tell the story of returning heroes Jake and Neytiri and their children, the trouble that follows them, the lengths they go to keep each other safe, the battles they fight to stay alive, and the tragedies they endure."

The third film, which recently finished shooting, will arrive in 2024, while the fourth and fifth are respectively scheduled for 2026 and 2028.