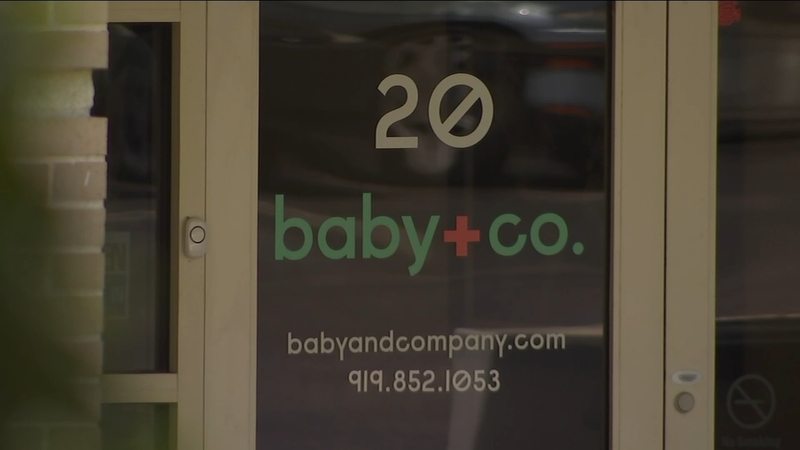 DURHAM, N.C. (WTVD) -- A Durham couple is suing the now-closed Baby + Company, as well as two individual midwives after the death of their newborn, Dexter.

Allison and Greg Stilley live in Durham and filed their lawsuit in August in Wake County. The latest response from the defendants was filed last month and a motion to dismiss is pending.

The complaint says Dexter was born and died on Oct. 16, 2017. The complaint alleges "negligence" in medical care and records.

The complaint alleges that when Allison Stilley came in for delivery, the midwives and Baby + Co staff members did not consult with supervising physicians, misrepresented Allison's "risk status" for delivery, and the midwives "exceeded the scope of care and practice" for a midwife.

Dexter apparently had a decreased heart rate and was intolerant to labor -- and neither fact was communicated to the supervising physician. After Dexter was born, the complaint alleges Baby + Co did not take proper steps to transfer him to WakeMed for emergency neonatal care.

MORE: Dexter Stilley was one of three newborn deaths at @BabyCoMaternity within a six month period. @ABC11_WTVD previously reported on a scathing report by @ncdhhs investigators. Complaint says Dexter died from brain not getting enough oxygen. https://t.co/kxHjkUTzUm

The complaint says Dexter died as a result of not getting enough oxygen to his brain.

Other allegations include Baby + Co being understaffed and one midwife leaving to "catch" another baby while Allison Stilley was in labor.

In April, ABC11 reported that Baby + Co. was closing for good.

The Wake County birthing center was the subject of a 2018 ABC11 I-Team investigation after a scathing report by state health officials.

Baby + Co. opened in Cary in October 2014 but voluntarily stopped births in March 2018 after three babies died there in a matter of months.