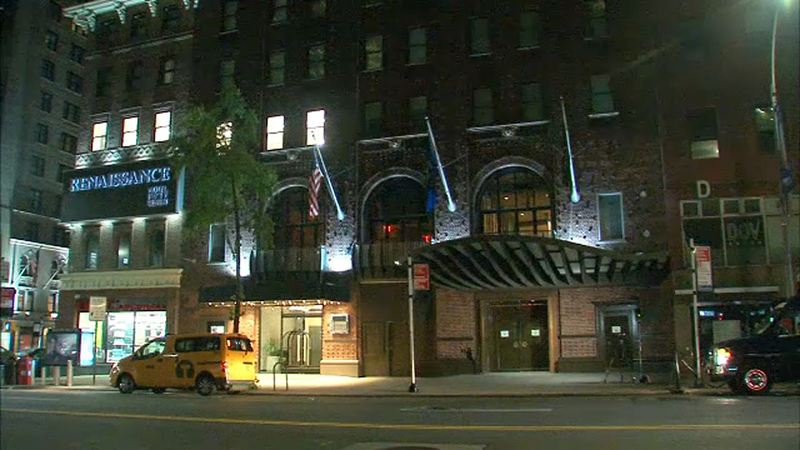 AUBURNDALE, Queens -- The father wanted for questioning in the death of his 13-month-old twin daughter in Queens reportedly has killed himself at a Manhattan hotel.

Police have identified the man as 31-year-old Mohammad Torabi, the estranged husband of the Queens mother accused of brutally beating the girl and her 13-month-old son, who is in critical condition.

There was no suicide note, sources say.

His wife, 30-year-old Tina Torabi is behind bars, charged with felony assault.

Officials are still waiting for autopsy results on the twin sister, 1-year-old Elaina. who was found unconscious with bruises and wounds on her body inside the family's basement apartment in Auburndale on Wednesday night.

Officials are looking into whether Mohammad had any connection to his infant's death.

Back in 2017, all five children were removed from the mother and placed with their grandmother after the twins were born with opioids in their system. A judge returned them to their mother in March after no evidence of drug use was found. Child welfare workers made at least one visit to the house since then.