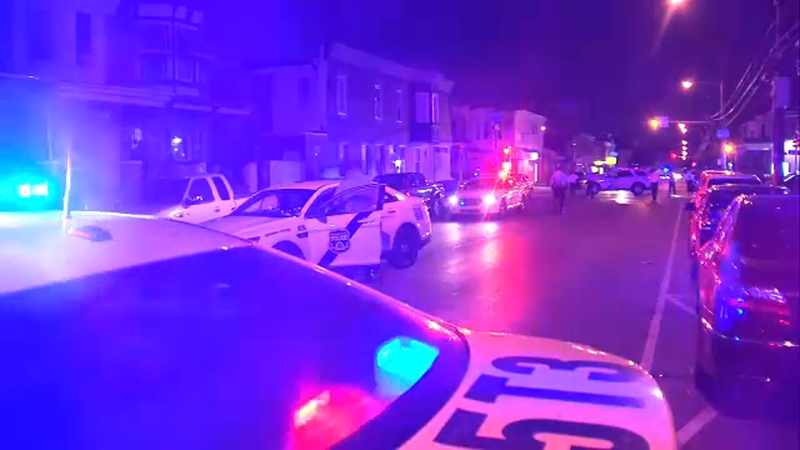 PHILADELPHIA -- An 11-month-old baby was rushed to the hospital after a shooting on Saturday night in Philadelphia's Hunting Park section, according to police.

It happened around 8 p.m. on the 700 block of West Luzurne Street.

Police say an 11-month-old was shot four times: once in the head, chest and twice in the backside while inside a vehicle.

Philadelphia police are providing conflicting information on if the baby is a boy or a girl.

The child's stepmother was in the area and heard shots fired, police say.

Police say the child's stepmother continued driving and made it to the 4900 block of North Camec Street before she reportedly realized that her car and that the baby had been shot.

PHOTO: Police say this is the car the child’s stepmother was in when the shooting occurred.

Authorities say she drove home after hearing the shots fired and didn’t realize her car and the child had been struck until after she parked.@6abc pic.twitter.com/hjADYuiqum

Investigators are continuing to canvass the scene looking for evidence of a shooting. So far, they've said they haven't found any bullet casings. Action News has found that car which police say was shot up at least five times.

The baby is listed in extremely critical condition at St. Christopher's Hospital.

Blocks away, on the 3500 block of Germantown Avenue, three men were injured in a triple shooting. It's unknown if the shootings are related.

No arrests have been made in either case.