KTRK
By Courtney Fischer
HOUSTON, Texas -- A man and a 9-month-old baby in two separate vehicles were injured by gunfire after they were caught in the wrong place at the wrong time.

The Harris County Sheriff's Office said the trouble began when three robbery suspects held up a man near a barber shop just after 9 p.m. Sunday.

At one point, the robbery suspects opened fire on the man, sending a spray of bullets towards two unrelated vehicles.

The baby was in the back seat of an SUV. When the shooting happened, the child's mother put the car in gear and took off.

Deputies said she stopped on Corpus Christi and Freeport Streets, about a half mile from where the shooting happened, before calling 911, pleading for an ambulance for her baby.

"The woman whose vehicle was shot, the child was inside the back seat when the shot penetrated the vehicle (when it) was parked out in the parking lot. We don't know if she was directly involved or just a bystander, we don't know that yet," said Sheriff Ed Gonzalez.

The child is said to be in stable condition, but we do not know where the baby was hit.

A man was also shot in all of this, taking a bullet to the cheek. That man hit the gas, fleeing to an IHOP restaurant on the East Freeway and Uvalde before calling for help.

Houston police found the man, who was taken to the hospital in critical condition. Officers said they believe he is going to survive his injuries.

He was robbed before he was shot.

Deputies do not have a clear description of the shooter. Investigators say at least three men were involved.

The sheriff said the men have guns, are dangerous and are still on the run.
Report a correction or typo
Related topics:
houstonharris countybabyrobberyshootingchild shotinvestigation
Copyright © 2020 KTRK-TV. All Rights Reserved.
More Videos
From CNN Newsource affiliates
TOP STORIES 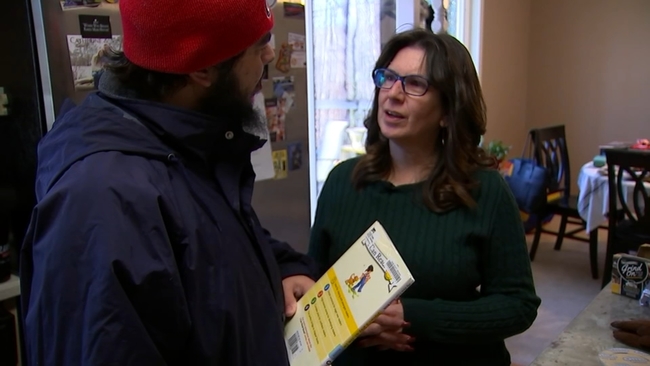