WABC
By Eyewitness News
CLAREMONT VILLAGE, Bronx -- A 15-year-old babysitter got a juvenile report following a kitchen fire in the Bronx apartment where she was watching over five small children.

The fire started in the kitchen of the seventh-floor apartment in the Butler Houses on Webster Avenue at around 1:20 p.m. Wednesday afternoon.

The babysitter, left in charge by her parents, may have been cooking and left the apartment briefly to get ingredients.

The children, girls ages 3, 4 and 7 and boys ages 8 and 10, were treated for smoke inhalation but were not seriously hurt.

They were released into the custody of their parents, who returned home after the fire.

The 15-year-old babysitter received a juvenile report for endangering the welfare of a child and was released into the custody of her guardian.

The cause of the fire is under investigation, but it appears to have been a stove fire.
Report a correction or typo
Related topics:
claremont villagebronxnew york cityfirechildren injuriessmoke
Copyright © 2020 WABC-TV. All Rights Reserved.
RELATED 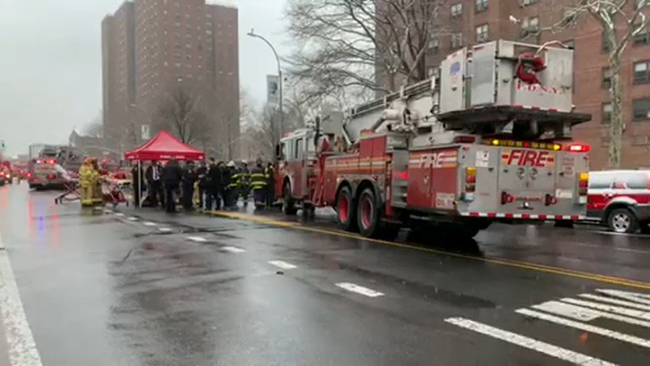