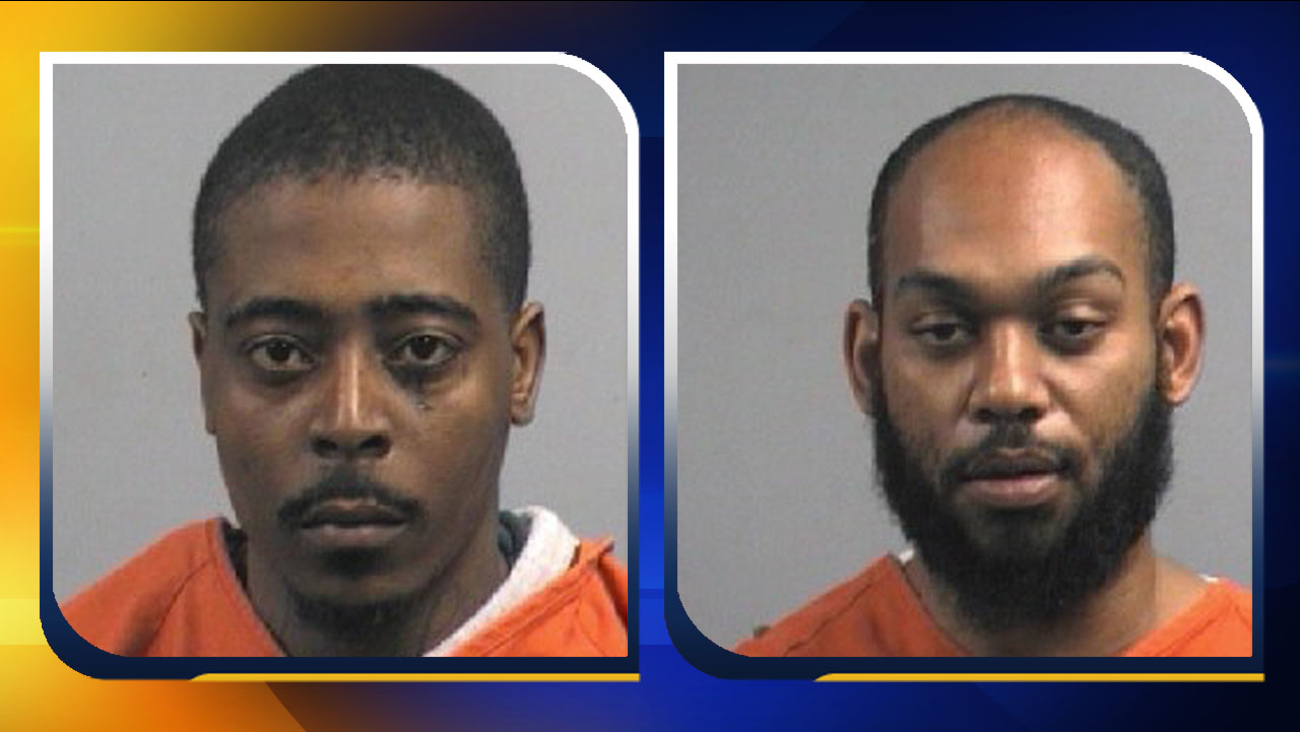 It happened around 10:15 a.m. Wednesday when two masked gunmen entered the bank. Police said one of the gunmen fired a single shot into the ceiling, and the gunmen fled on foot with an undisclosed amount of money.

That evening, Clayton Police were called to the Comfort Suites hotel on Highway 70 after hotel guests reported suspicious activity on the second floor.

Officers investigating the complaint searched two hotel rooms and a vehicle in the parking lot. They found evidence that connected four subjects, two male and two female, to the armed robbery of the KS Bank in Goldsboro earlier that day.

Both were charged with one count each of robbery with a dangerous weapon, discharging a firearm in an enclosure to incite fear, and possession of a firearm by a felon. In addition, each was charged with seven counts of second degree kidnapping.

Harris was also served with outstanding warrants for possession of heroin with intent to manufacture, sell, or distribute, felony possession of cocaine, carrying a concealed weapon, and simple possession of marijuana. He was held in the Wayne County Detention Center under a $10,257,999 secured bond.

Williams was served with warrants for carrying a concealed weapon, vicious animals, dogs running at large, and simple possession of marijuana. He was placed in the Wayne County Detention Center under a $10,212,199 secured bond.

Both suspects will appear in court on Monday, March 23. Police say more arrests are expected in the case.

No one was injured during the crime.