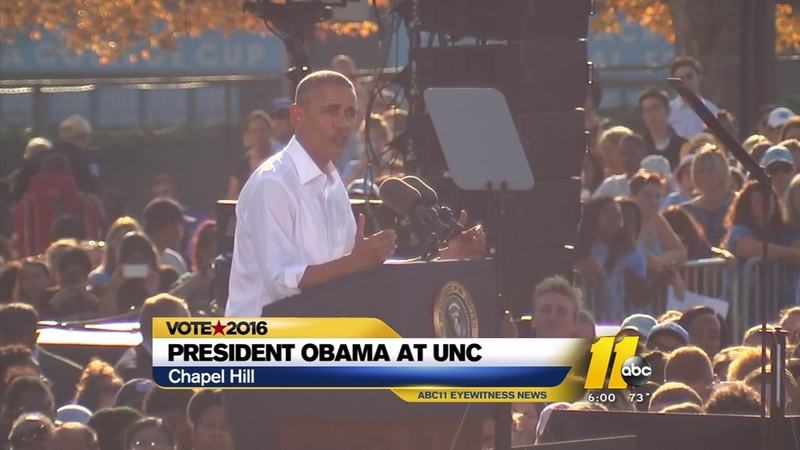 He reminded an enthusiastic audience in Chapel Hill that Republicans in the state tried to make it harder to vote with sweeping election law changes, only to have a federal court strike down the law because it "targeted black voters with surgical precision."

So "it's easier to vote than ever" in North Carolina, Obama said. "What's our excuse?"

As if Obama isn't enough of a draw in his own right, he was joined at Wednesday's rally in Chapel Hill by Grammy Award-winning singer-songwriter James Taylor.


It's the first of two visits Obama has planned this week to North Carolina. It's one of a handful of states The Associated Press rates as toss-ups in the presidential race. On Friday, the president will headline get-out-the-vote rallies for Clinton in Fayetteville and Charlotte.

Obama eked out a win in North Carolina in 2008, but narrowly lost the state four years later.

Democrats want to deny Republican presidential nominee Donald Trump a victory in the state next week.