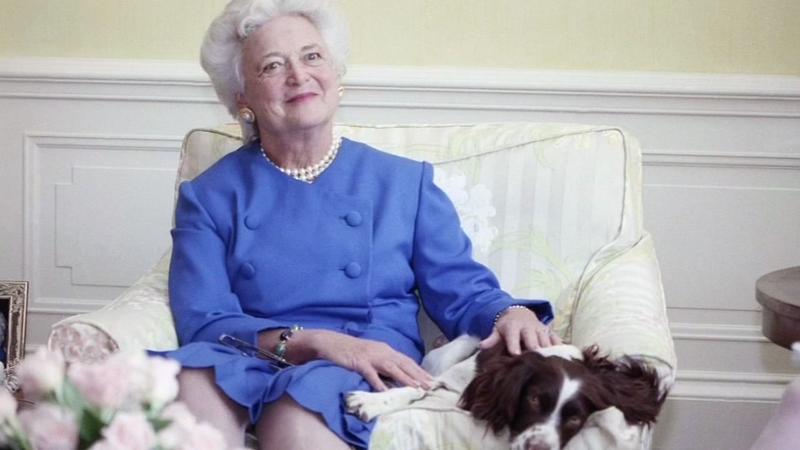 HOUSTON, Texas -- The flags have been lowered to half-staff at the funeral home where friends and family will gather to privately visit the body of Barbara Bush.

The private visitation will be held at Geo. H. Lewis & Sons Funeral Home in Houston Wednesday and Thursday.

Crews put out barricades Tuesday night ahead of the service.

Spokeswoman Stephanie Grisham said, "Mrs. Trump intends to pay her respects to Barbara Bush and the entire family at the funeral on Saturday."

The White House has not yet said if President Trump will attend the funeral.

Here are the plans over the next few days.

The public will be able to say goodbye to Mrs. Bush whose body will be lying in repose. That viewing will be held at St. Martin's Church between noon and midnight.

You cannot park directly at the church. You must go to Second Baptist Church on Woodway Drive to park, and then go through security.


A private funeral service will be held at St. Martin's.

The service will be for 1,500 guests. Mrs. Bush has repeatedly said she wanted a very simple service.

After the service, there will be a funeral procession from Houston to College Station that will proceed through Memorial Park. The motorcade will go north on Westcott, then up Highway 290, Highway 6, into College Station via Texas Avenue. The procession will turn left on George Bush Drive, and right into the library on Barbara Bush Drive.

Mrs. Bush will be laid to rest next to her daughter, Robin, who died from Leukemia at 3-years-old.

The burial ceremony will be private.