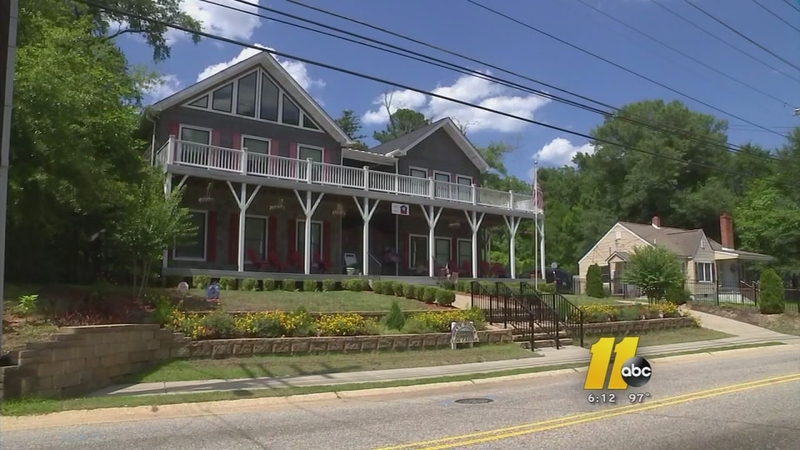 FAYETTEVILLE (WTVD) -- The state has threatened to pursue legal action and shut down a house for homeless female veterans unless its non-profit director hands over operational and financial documents.

Wrapping a three year investigation, the Secretary of State has delivered findings of improper operations tied to the non-profit Steps and Stages: Disabled Veterans Resource Agency, Inc. The non-profit operates a number of homes for veterans, including the Jubilee House on Langdon Street.

In a letter Monday to the non-profit's director, Barbara Marshall, the State Attorney General called the group's goals "commendable," but said the investigation revealed a number of inconsistencies to include missing or falsified financial and operational documents.

The state is now giving Marshall 20 days to come up with a number of documents, including an active, verified list of board members and their service log, proof of a secured Certified Public Accountant, receipts for financial contributions, and records of residents.

In the interim, the state has banned Marshall from accepting charitable donations.

"We will comply to the best of our ability," she said of the state's 20 day documentation request.

When asked whether she disputed or agreed with the state's allegations, Marshall said, "I'm not sure."

The Jubilee House was built by ABC's "Extreme Makeover Home Edition" show in 2012. ABC/Disney is the parent company of ABC 11.

Since then, the home has struggled financially, with Marshall saying she's dipped into her retirement funds to keep it operational.

It also claimed Marshall kept the residents from using a laundry room built by the show, instead directing them to a laundromat.

Investigators said there is no documentation for $60,000 worth of in-kind donations, and she's been unable to account for thousands of dollars in charitable donations that never made it into the non-profit's bank account.

As of late, the home has struggled to pay utility bills, having its power shut off twice in two months.

Residents stood behind Marshall in March, and vowed to help with fundraising.