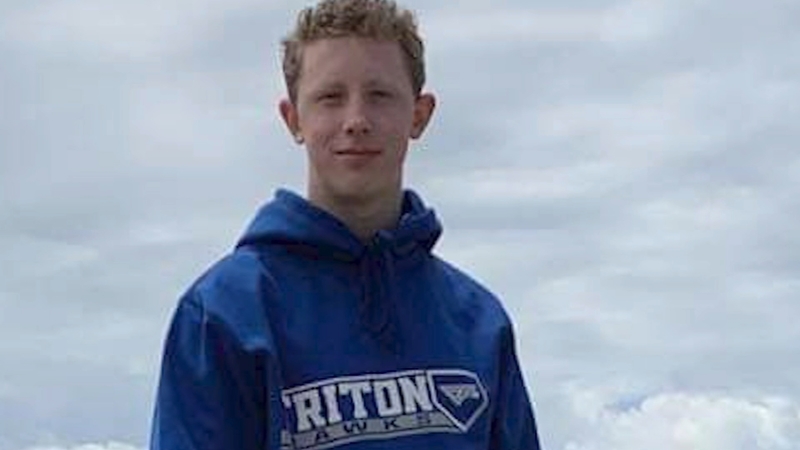 ERWIN, N.C. (WTVD) -- The 17-year-old who collapsed during baseball tryouts in Harnett County will soon be released from the hospital.

Landon Peregoy is a student at Cape Fear Christian Academy. On Feb. 12 around 4 p.m. he collapsed and had to be rushed to the hospital.

Doctors have learned that he has a genetic disease called arrhythmogenic right ventricular cardiomyopathy (ARVC). ARVC is a heart condition that can cause an abnormal heart rhythm.

Peregoy's family said he is doing well in the hospital and will be released this weekend.

However, it is unlikely that he'll ever be able to play baseball again.

"Baseball means the world to him. The opportunity he had at Cape Fear Christian to play this year, he was looking forward to that. I think he was going to be the ace pitcher on their staff," said Gary House of the Baseball Skills Academy of Harnett County. "He got up to throwing 75 miles an hour. When I first met him, he was throwing about 50. He's put 25 miles an hour on his fastball in a little over three years"
Report a correction or typo
Related topics:
sportsharnett countyerwinbaseballcollapsesocietyharnett county newsstudents
Copyright © 2022 WTVD-TV. All Rights Reserved.
TOP STORIES
Court papers show how investigators linked suspect in Hedgepeth murder
As last-ditch effort, Cary tapas bar launches fundraiser to stay open
Supreme Court to hear challenge to race in college admissions
George Floyd's family reacts as civil rights trial begins
Eateries hope for community support during Triangle Restaurant Week
No charges for Johnston County deputy who shot drug suspect in wrist
Mental health providers of color see influx of patients
Show More
LATEST: Next steps in fight against COVID-19
Getting paid on Venmo or Cash App? New tax rule might apply to you
Alex Murdaugh hit with more charges connected to 4 new clients
8,500 troops placed on heightened alert for European deployment
Cruise ship takes passengers to Bahamas to avoid Florida warrant
More TOP STORIES News