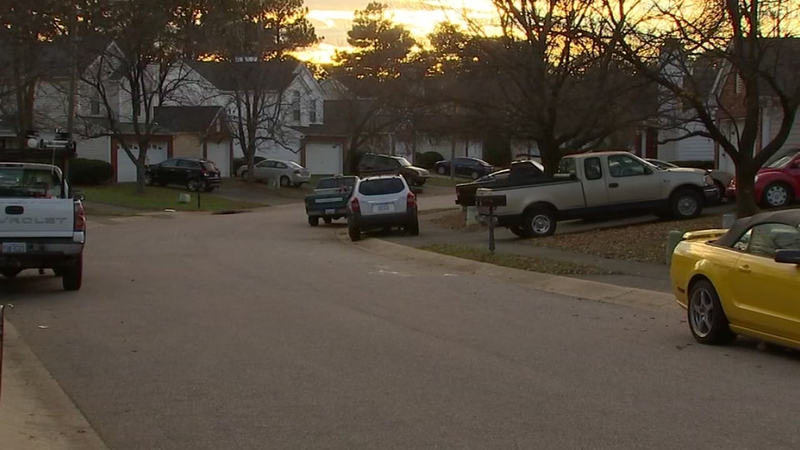 Neighbors on alert after rape in east Raleigh

RALEIGH, N.C. (WTVD) -- Raleigh Police are investigating and a neighborhood is shaken after a woman reported she was raped during a home invasion Nov. 3.

It happened shortly before 8 a.m. in the 1400 block of Beacon Village Drive, police said.

The 49-year-old victim said a man broke the sliding glass door and attacked her. She told police she tried to fight him, but he indicated he had a knife.

Tonight @raleighpolice need the public’s help after they say a woman was raped here last month in her home. Police say the man broke the sliding door in the back of the house. #ABC11 pic.twitter.com/9REueaUw2s

After the incident, the suspect fled on foot. Police said the suspect is a black man in his 30s, approximately 5 foot 8 inches to 6 feet tall with a lean build, short hair, scruffy facial hair, and is a smoker.

One neighbor was home the night it happened. She told ABC11 that she had spoken to the victim, who told her the suspect had blindfolded her and stayed in her home for six hours.

"I was scared. It was scary, especially when the police came and knocked on my door and asked me had I heard anything," said the neighbor, who said she didn't hear anything from next door. "The first thing they said to me was that my neighbor's home had been broken into."

The victim has since moved out of the neighborhood. On Tuesday, some of her family members continued to pack up more of her belongings and load them into a U-Haul truck.

"I make sure my alarm system is on every night," said the neighbor, who said she had lived next to the victim for 15 years. "Make sure all my lights are on in my backyard. We sort of watch out for each other a little bit more than we were.

"It's scary," she added. "I really don't have any words to describe it. It's scary. I'm still fearful. A lot of the neighbors are still fearful -- just got to look out for each other."

Detectives want to speak with people who were in the vicinity that day and who may have seen anything possibly related to the incident.