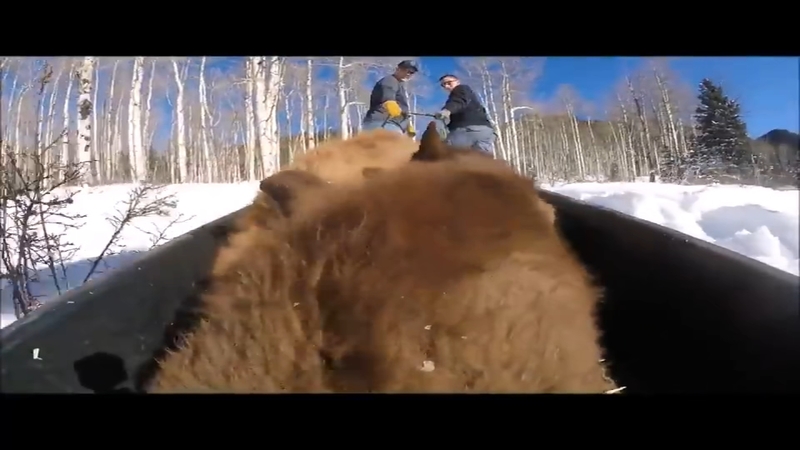 Eight orphaned bear cubs were given a new home for the winter by the Colorado Parks & Wildlife.

The bears - each weighing between 100 and 150 pounds - were orphaned last summer when their mothers died. The mothers died from being hit by a car or train, or had to be euthanized for entering a home or becoming a threat to the public.

Using a sled, the tranquilized bears were transported to a den where they can stay for the rest of the winter at Pikes Peak in the Pike National Forest.

Workers from Area 14 in Colorado Springs retrieved them from Wet Mountain Wildlife Rehabilitation in Wetmore. On the mountain, each bear was blindfolded and hobbled, in case they were to awaken from their drug-induced sleep, then carried by sled through deep snow, park and wildlife officials said.

The effort took two hours as a result of a couple bears waking up and abruptly sitting up before being given another dose of tranquilizer.