Police send warning after bear makes its way around Pittsboro 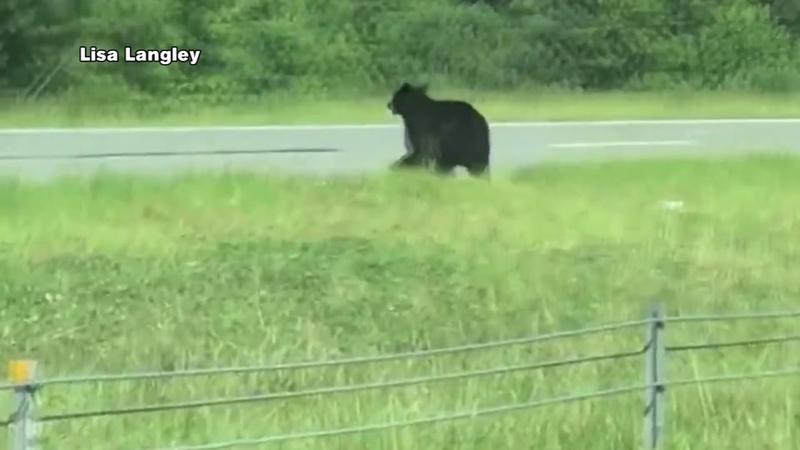 Police send warning after bear makes its way around Pittsburgh

PITTSBORO, N.C. (WTVD) -- A bear has been making its way around Pittsboro and police are urging the public to keep a safe distance.

The animal was seen stopping traffic, jumping over a median, and trotting along Highway 64 Bypass Sunday before running into the woods.

The Pittsboro Police Department says the animal has also been spotted at the Creekside Apartment Complex and the Pittsboro Baptist Church, which is a block away from Main Street.

"They're (bears) not uncommon in the area for sure," said Sgt. David Deshaies.

Folks are a bit taken back that the bear isn't roaming around a more rural area.

"I've seen other parts of Chatham County. If I saw a bear I would be like, 'Yeah, that makes sense,'" said Mia Shane. "Right here in downtown, it's really surprising. I'm kind of scared now."

In a tongue-in-cheek post, police are nicknaming the bear "Carl" after the character from Walking Dead.

An official says he's trying to use a little entertainment to educate the public on a serious issue.

"This time is the normal time for the bears to be out and about, especially young males. They're very likely to move around at this time and expand their territory," said Deshaies.

Officials think the bear is a cub and could weight about 200 pounds.