No shirt, no shoes, no freedom: Naked Ohio couple arrested 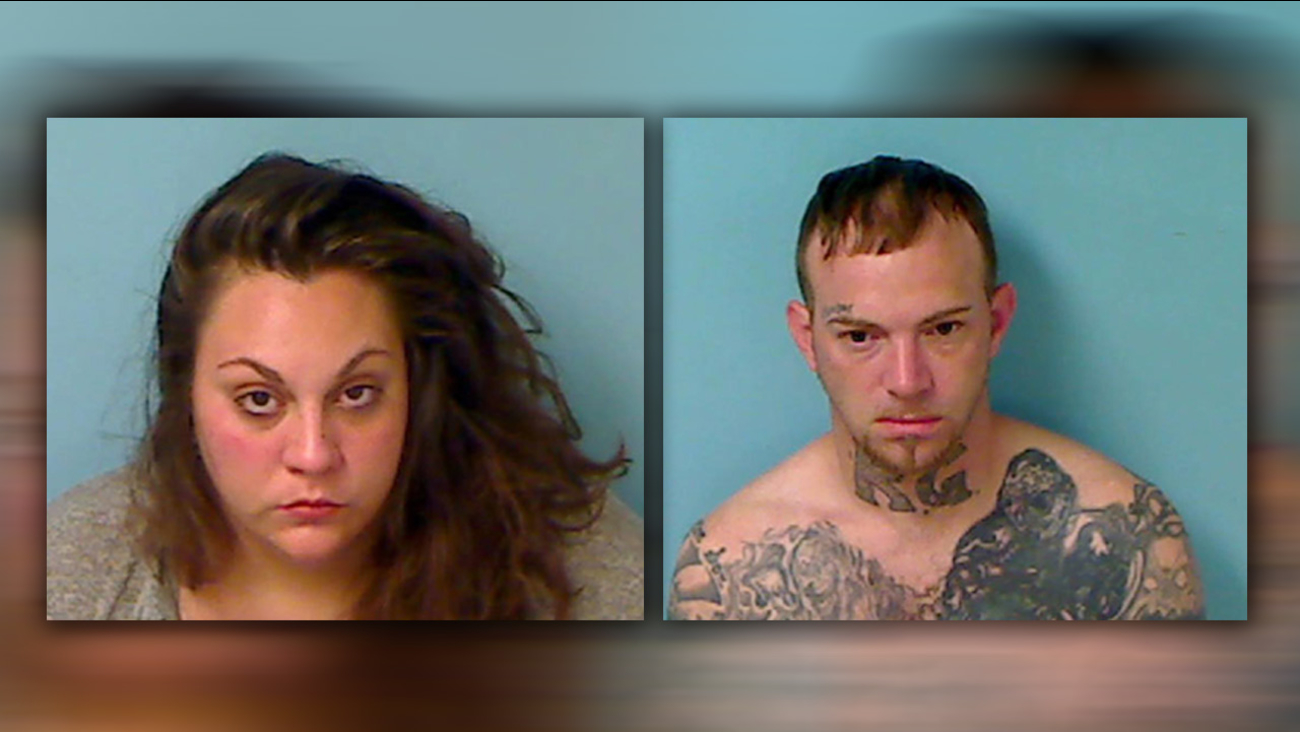 Alexandria Mauer, 24, and Kenneth Gillespie, 33, were arrested after police found them naked in a car while eating pizza and drinking beer. (Westlake Police)

WESTLAKE, Ohio -- Want to get the attention of police officers? Try driving in the nude. An Ohio couple is charged with doing just that while allegedly drunk over the weekend.

A business owner called police after spotting the naked couple standing outside a car, ABC affiliate WEWS-TV reports. Officers say the couple's car was also spotted driving up on a curb and a lawn before being pulled over.

Police then found Alexandria Mauer, 24, sitting in the driver's seat while eating a slice of pizza in her birthday suit. Kenneth Gillespie, 33, was also sitting naked in the passenger seat. Police say he was holding a beer can between his feet.

As for Gillespie, he was on probation for drug possession. Police say he urinated in the back of a police car while on the way to jail. He's now awaiting trial on a long list of charges. Upon his release from jail, he was given jail pants and shoes to wear home.
Related topics:
bizarreduiarrestbuzzworthynaked in publicu.s. & worldpizzabeer
Copyright © 2021 WTVD-TV. All Rights Reserved.
TOP STORIES
Arrest made in murder of Faith Hedgepeth 9 years later
FDA strikes cautious tone ahead of COVID vax booster meeting
TIMELINE: What happened the night Faith Hedgepeth was killed
Man, 24, arrested for allegedly impersonating Wake County deputy
Brian Laundrie's sister says she wants Gabby Petito to be found safe
LATEST: Wake County vaccine clinics to require appointments
Show More
9-year-old Robeson Co. girl injured in shooting released from hospital
Raleigh woman wanted COVID vaccine but instead got Meningitis shot
'She's on my mind': Bittersweet day for Hedgepeth's family, friends
Wake EMS struggles not a staffing issue, assistant chief says
Afro-Latino: The struggle with self-identification in society
More TOP STORIES News