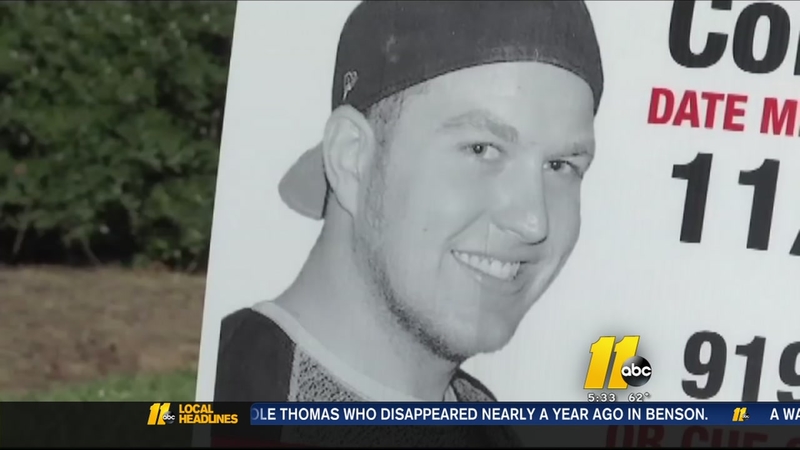 It was another search in the mysterious disappearance of Cole Thomas. The Benson Police Department said it received new information in the disappearance.

Close to 40 law enforcement officers from 12 agencies helped in the effort.

Thomas went missing Nov. 25, 2016, as he and two others drove from Minnesota to Florida for Thanksgiving. Others in the vehicle said he suddenly stopped the car in Benson and jumped out, then vanished.

Four people have been arrested in connection with the incident. Each person is facing a felony concealment of death charge.

Authorities using ATVs as they search for a 22-year-old man. Police say they have received new information leading to another search #ABC11 pic.twitter.com/TBWCZbRklM

Authorities said those men were involved in a drug deal, and Thomas allegedly became paranoid and ran off.

Benson Police Chief Kenneth Edwards would not say whether those men are cooperating with the investigation.

Thomas' family lives in Florida and came to North Carolina for some of the previous searches.

"One of those guys know and they need to tell. They need to talk," Cole's father, Chris Thomas, said in August.

A reward is offered for information in the case.