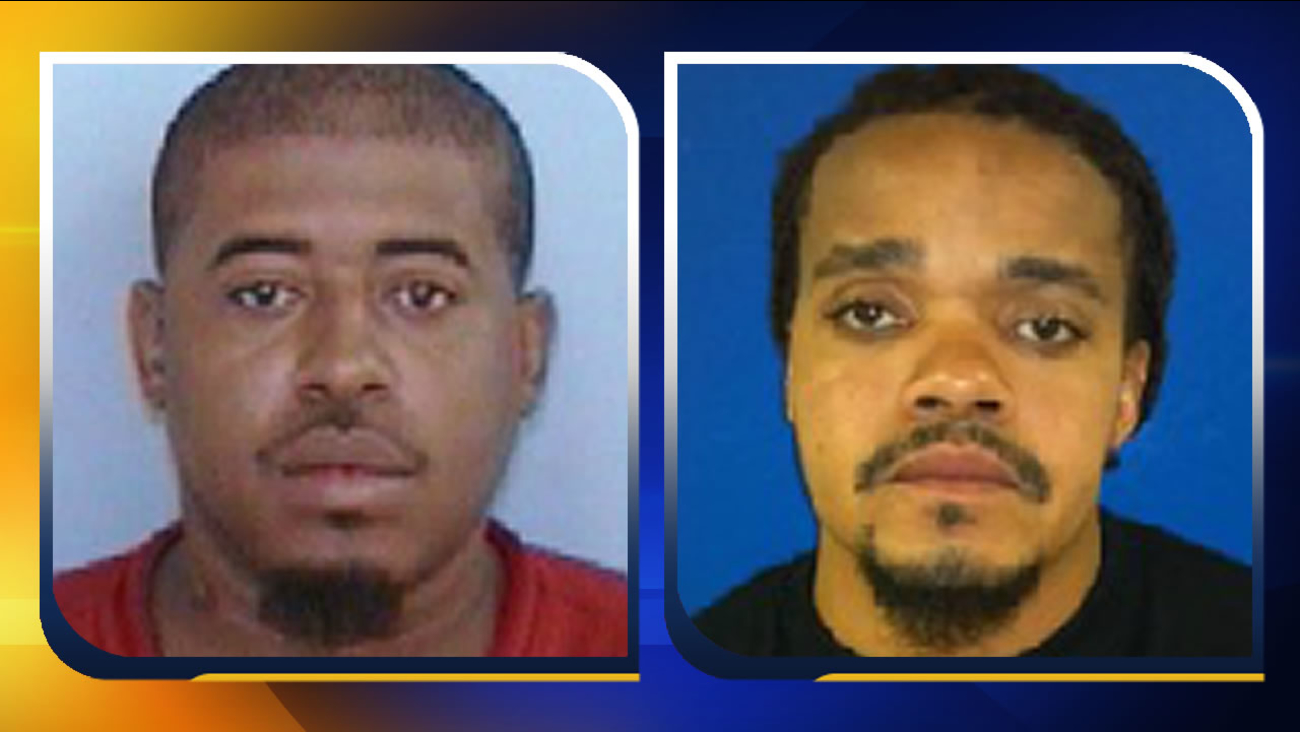 BENSON, NC (WTVD) -- The Benson Police Department says it is looking for two men in Sunday night's shooting death of a man on West Harnett Street.

Just before 11 p.m., 39-year-old Richard Longmire was gunned down in the front yard of a home.

Police have warrants charging Jermale Williams with first-degree murder. Terry Williams is charged as an accessory. Police said both men should be considered armed and dangerous.

The suspects were last seen leaving the Harnett Street location in a yellow older model Chevrolet Camaro with large tires and rims. They may possibly be operating an older model white Ford Expedition as well.

Anyone with information on their whereabouts is asked to call the Benson Police Department at (919) 894-2091.