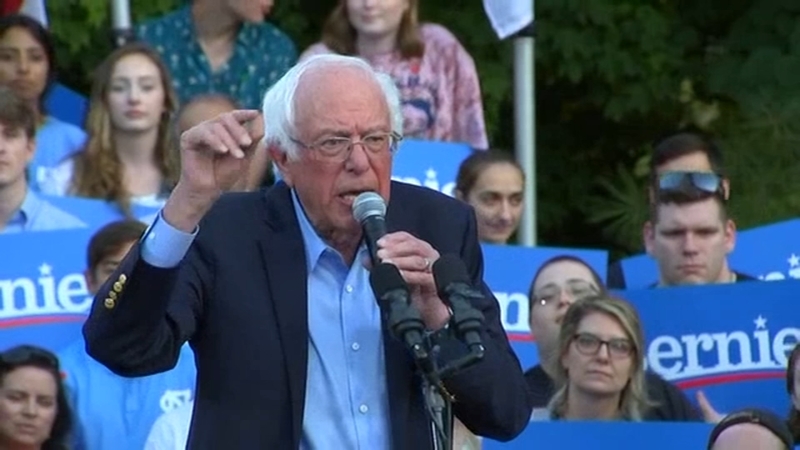 The 78-year-old senator from Vermont held a rally on the UNC-Chapel Hill campus at the Bell Tower Amphitheater.

"It's a justice campaign--one about economic justice, social justice, racial justice, and environmental justice," Sanders said. "That's what we're about."

More than 2,500 crammed into the event and fire marshals had to turn a number of people away according to the campaign.

"The message in 2016 is very similar to what it is in 2020 and very similar to back in the 1980s when he was the mayor of Burlington, Vermont," said Adam Kelsey, campaign reporter for ABC News following the Sanders trail.

"It's interesting at events like these how many of the folks in the crowd are not undecided, who are ardent, dyed-in-the-wool Bernie Sanders' supporters," Kelsey said. "For him, these events are less about persuasion and more about rallying the troops and convincing them he's still their guy."

Greear Webb attended the event with a number of his friends. He's a freshman at UNC-Chapel Hill but spent time last year organizing a gun violence awareness town hall at Sanderson High School.

"I was glad to see a presidential candidate come out--I definitely wanted to take part in the event," Webb said. "His message of activism definitely resonates with me as a young organizer, as someone that wants to turn a community around on issues that matter."