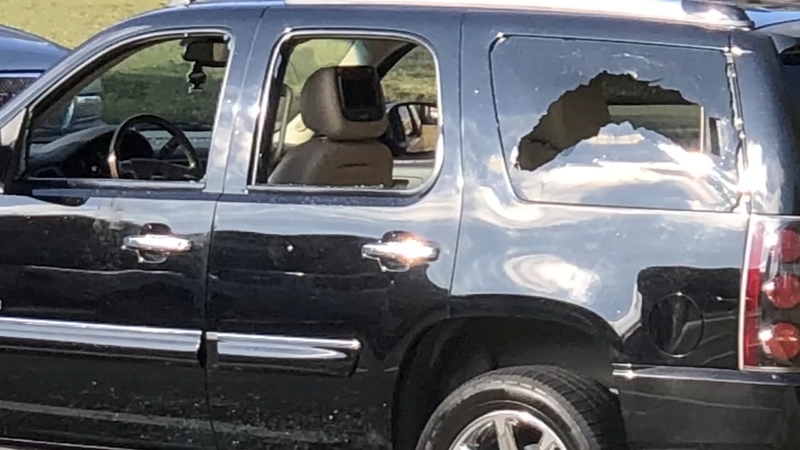 RALEIGH, N.C. (WTVD) -- Several Brier Creek residents woke up Friday morning to learn their cars were broken into, a window was busted, and in one case, their car was stolen.

"I saw an empty parking spot so half of me knew it was gone," said Robert Brown.

"They still have where forensics did fingerprints on my car earlier," said Emily Hall, who had $150 in the glove compartment.

Her fiancé's car was broken into just the same.

"Everything in the glove box was completely out on the seat - destroyed - even pennies he had saved up was gone," said Hall.

Luckily for Brown, he had OnStar. The stolen truck was tracked.

Brown says the company worked with police and zeroed in on the thefts, "They were found like doing donuts in the mud."

The outside of the truck was dirty and the inside trashed.

"It was insane how quickly it went from a clean vehicle to destroyed," said Brown.

Thankfully, there were other people's items there too.

Hall can only hope police can also recover the cash that was taken.

"People work hard for what they have and I just feel like it's very unfair for them to go around and do that to people," she said.

Hall says she lives paycheck-to-paycheck and was holding that money in her car to pay for daycare.

Officers found Jesus Conzale Ochoa, 22, and Joshua Robledo Vera, 17, with a gun inside the Sierra.

Officers saw a man, 17-year-old Jose Jimenez, inside the stolen Cobalt. He ran from officers and was located later on Avalon Road.

Authorities charged Ochoa and Vera with possession of the stolen Sierra. Ochoa was also charged with carrying a concealed weapon and possession of cocaine.