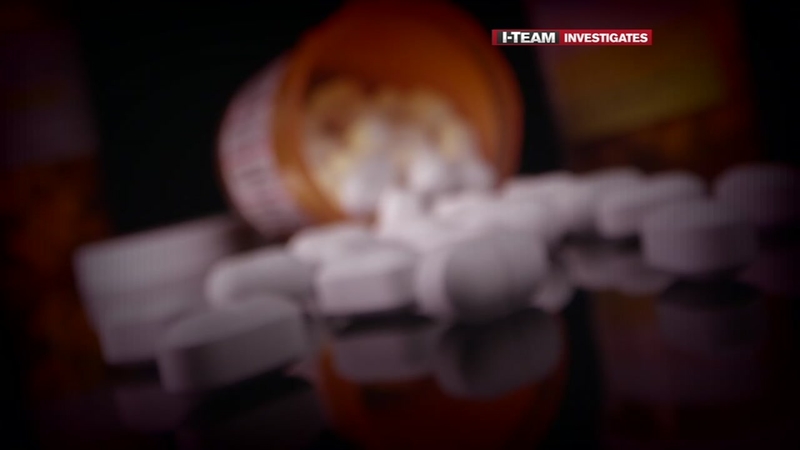 JONES COUNTY, N.C. (WTVD) -- Dozens of North Carolina county governments are suing major pharmaceutical companies in federal court, blaming them for the opioid crisis and "hazards to public health and safety" in the community.

The latest lawsuit, filed by Jones County in the U.S. District County for the Eastern District of North Carolina, lists more than 20 defendants representing some of largest drug manufacturers and wholesale distributors in the world. Jones County's complaint now joins more than 1,500 others from local governments across the country taking on the drug industry for its alleged role in the nation's opioid crisis.

Specifically, the complaint accuses the companies of aggressively marketing what it calls "highly addictive, dangerous opioids," and "falsely representing to doctors" that people who use the drugs "would only rarely succumb to drug addiction."

Jones County is among North Carolina's smallest counties, both in size and population. The rural areas are expansive, with several miles between towns such as Trenton and Pollacksville, which already create challenges for a small sheriff's department.

Nothing, however, could prepare it for the challenge of a run-in with synthetic opioids that nearly killed a senior officer.

"You literally don't see it coming," Lt. Leila Groom explained to ABC11. "You don't see it, you don't smell it."

Groom was called in as backup to a morning traffic stop where officers found illegal drugs in a vehicle, including pills and what Groom called "a powdery substance."

"If it weren't for my partners, I would've been gone. I wouldn't be here to tell you this story."

Groom, wearing gloves, collected the narcotics for processing, but her drive back to the station was almost immediately interrupted.

"It was almost like an instant migraine," she recalled. "Like just instant, came out of nowhere. At that point, my vision becomes completely double. I can't see in front of me. My chest feels like there's a Mack truck on it and I can't breathe."

Groom couldn't breathe because investigators say the powdery substance Groom handled could have been fentanyl, a highly potent synthetic opioid.

"The first trend is the pills, then it graduated to heroin," Groom said of drug users. "Now you're seeing fentanyl mixed in with your heroin, fentanyl mixed in with your crystal meth. Crystal meth and heroin are derivatives of opioids. Therefore, you mix in fentanyl, which gives in more of a high, that's why you're seeing more deaths and overdoses."

The exposure to the substance, which investigators could not clearly define, caused Groom to collapse, and she would need two doses of Narcan (the antidote to overdoses) to bring her back to life.

"If it weren't for my partners, I would've been gone," she said. "I wouldn't be here to tell you this story."

Critically, the mystery substance put other first responders in danger, as three other deputies, two doctors and four nurses would also need treatment and were out of commission.

"If we don't have enough people, what does that say of us?" Groom said. "How can we keep the citizens in this county safe if we can't respond to a simple call or our response time is 30 minutes?"

MAJORITY OF CALLS RELATED TO OPIOIDS

According to the Jones County Sheriff's Office, opioids are the root causes of 60 percent of all calls and complaints, including theft, larceny, assault and child abuse.

Most of the child abuse and child neglect is from drug users in their homes doing the drugs in front of their children -- and their children are the ones calling 911," Groom said.

Frankie Howard, the county manager, told the I-Team that the sheriff's share of the budget has doubled in less than a decade, even as the sheriff said his deputies are foregoing some overtime pay to save money.

"There's a lot of things we probably don't do because we don't have the funds," Howard told the I-Team. "You're stuck paying for things the taxpayers aren't necessarily the cause of, and it's not fair to them to spend their money battling a crisis they don't contribute to."

If there were no opioid crisis, Howard said the county could invest money in services such as Parks and Recreation or senior living.

"If we weren't having to spend extra money with the sheriff's department, with EMS, taking on these additional calls, we could spend things to help the county grow and be a better place to live, have better quality of life," he said.

"The addiction crisis facing our state and nation is a clear and present danger, but we're doing something about it today," Oklahoma Attorney General Mike Hunter said.

Purdue is a major defendant in the Jones County suit as well but did respond to ABC11's request for comments.

Many of the other companies listed, however, were adamant in their rejection of the complaint's allegations.

"We maintain -- and continuously enhance-- strong programs designed to detect and prevent opioid diversion within the pharmaceutical supply chain. For many years, sales of controlled substances ordered by pharmacies in the U.S. have been reported to the DEA (Drug Enforcement Administration) for its internal database.

"AmerisourceBergen and other wholesale drug distributors are responsible for getting FDA-approved drugs from pharmaceutical manufacturers to DEA-registered pharmacies, based on prescriptions written by licensed doctors and health care providers. Our role in doing so is quite widespread across different therapies, with the distribution of opioid-based products constituting less than two percent of our sales.

"We are dedicated to doing our part as a distributor to mitigate the diversion of these drugs without interfering with clinical decisions made by doctors, who interact directly with patients and decide what treatments are most appropriate for their care. Beyond our reporting and immediate halting of potentially suspicious orders, we refuse service to customers we deem as a diversion risk and provide daily reports to the DEA that detail the quantity, type, and the receiving pharmacy of every single order of these products that we distribute.