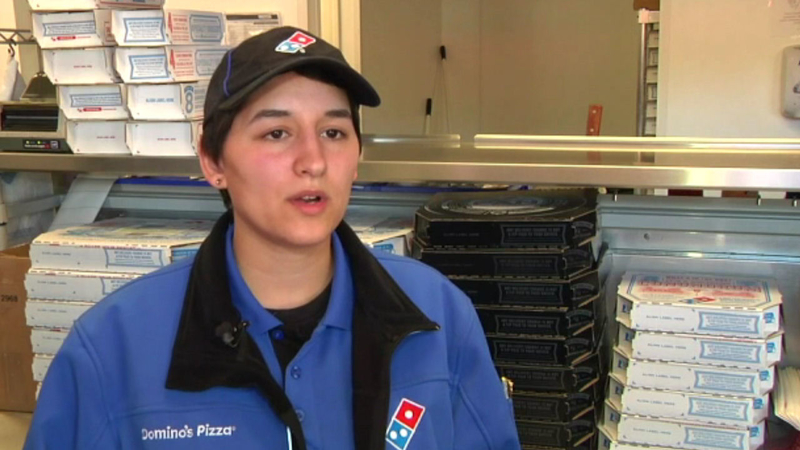 Church comes together to give pizza delivery woman $1,400 tip

When Audrey Martin arrived at Covenant Life Church to deliver pizzas, she probably didn't expect to be called onstage to get paid by the minister. And she very likely didn't expect what came next -- a $1,400 tip.

The Rev. Tony McAfee stood on stage in front of the congregation and paid Martin for the 10 pizzas the church in Rocky Top, Tenn. had ordered. He then explained that he doesn't think a lot of churches tip as well as they should and challenged everyone gathered to help give Martin a good tip in the spirit of Thanksgiving.

"We've been doing this thing about being thankful and how good God is," he said in a video of the event posted on Facebook, "and we believe in being generous."

Martin wiped tears from her eyes as she watched dozens of congregants rise from their chairs and approach the stage to contribute.

"We just want you to know that we appreciate you," McAfee said as he handed her the money.

Martin, a single mother of three young children, depends on her job at Domino's to make ends meet for her family, she told WATE, the ABC affiliate in Knoxville, Tenn. Usually her tips add up to $10, so this one was overwhelming.

As for McAfee, he said he got the idea for the good deed out of a desire to live out his faith.

"One of the greatest ways to illustrate our faith is action," he said. "Faith without works is dead."