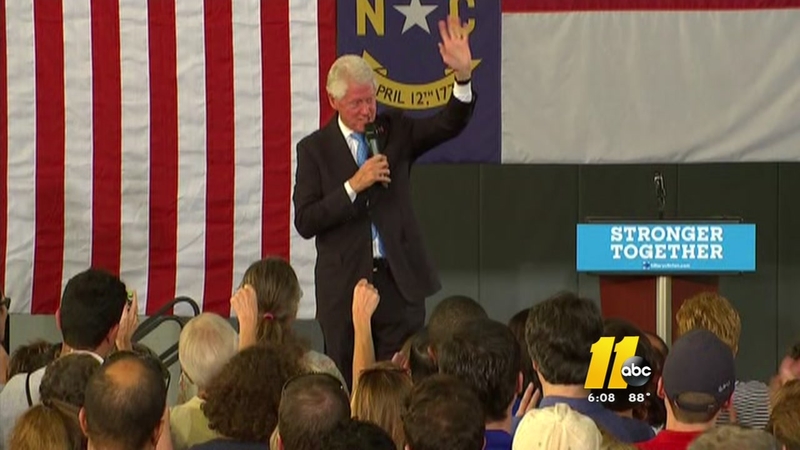 It was a packed gymnasium at the Community Family Life & Recreation Center at Lyon Park with about 720 people inside as well as a 100 people waiting outside.

He talked quite a bit about community, particularly the student-employees he met at the Durham Co-op which is close to where he spoke. He stopped by the store before his speech.

Clinton also praised the recent victory in the state's voting right case. A state law was struck down last week that opponents claim was unfair to minority votes.

He urged everyone to get out and vote.

"We've got to make the right decision. We are stronger together and Hillary needs you and North Carolina to make it happen! God bless you!" he said, finishing his speech.

It's likely this won't be the last time Clinton will be in North Carolina as it is a key battleground state.


Fire Marshall telling me venue for Bill Clinton speech is at full capacity; 720 people inside, about 100 people standing outside #abc11