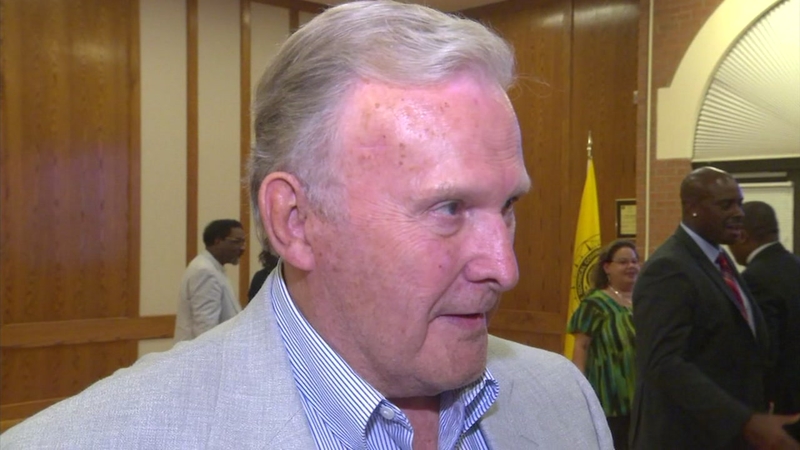 
FayettevilleNC has lost one of its greatest visionaries and champions for change. Former Mayor Bill Hurley passed away over the Thanksgiving weekend. Flags at City Hall are being lowered to half-staff in Hurley’s honor.https://t.co/Q4vGPmrQwH pic.twitter.com/rsPa1fSEeI

He then served as a Democrat in the N.C. House of Representatives before retiring in 2002.

He co-founded the Dogwood Festival and helped raise funds for the Lafayette statue in Cross Creek Park on Green Street.

"I'm saddened to hear that former Mayor Bill Hurley has passed. Mayor Hurley led efforts to revitalize our downtown, by getting rid of seedy night clubs, demolishing dilapidated buildings and beautifying downtown with what have come to be known as 'Hurley Pots.' His work as Mayor and in the N.C. House of Representatives gave Fayetteville a new vision for the future, which we continue to see come to fruition with the upcoming opening of our new baseball stadium, new hotel and revitalized Prince Charles Hotel property. As a community, we are thankful for his hard work and I extend heartfelt condolences to his family."