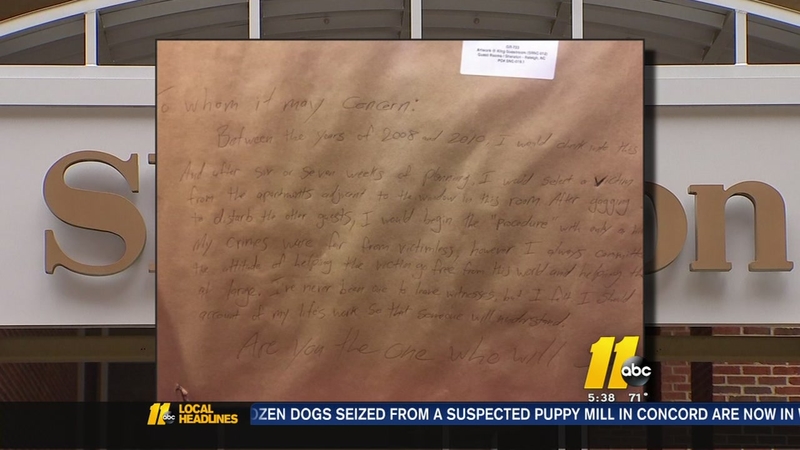 RALEIGH (WTVD) -- Crazy and bizarre is how a contractor describes his Wednesday morning at Sheraton Hotel.

The man, who doesn't want to be identified, said he began his day on the seventh floor, removing old furniture for hotel renovations.

After removing a wall portrait from a king suite, he said he noticed a handwritten note on the back.

The message was spooky.

"I can't even explain it. It's something that you see in the movies," he said.

The words appeared to be an alleged plot and confession to kidnap and kill people.

The note says that between 2008 and 2010, the author lured surrounding neighbors back to the hotel room where they would be gagged and sodomized.

The message also mentions helping victims to "go free from this world."

The contract worker couldn't believe what he was reading, he said. He questioned whether the whole thing is real or an awful prank.

"It's scary to be honest. That someone would put so much thought into that -- into what they are writing," he said.

The Sheraton did not return ABC11's calls for comment.