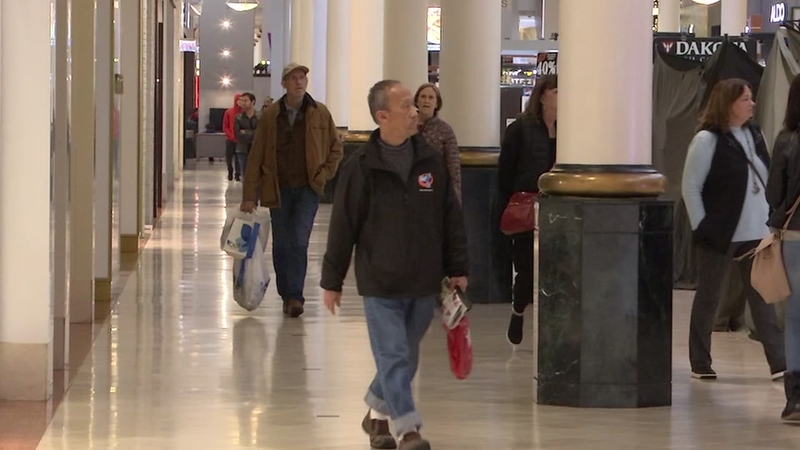 "I always like to be first in line, so hopefully I was the big winner of today's gift card. So I got here at 2:00," explained Jacqueline Mahoney, who came with her husband Robert Jones.

Shoppers who were in line outside of Belk at Crabtree Valley Mall, before the store opened at 4:00 p.m., received a $25 gift card and had a chance to win a $500 gift card to the store.

"I'm looking here for some shoes, some boots, and some blankets. Some jackets and some make-up of course," said Mahi Gupta who traveled from India as part of her job.

There were more than 300 people waiting at one end of the entrance at Belk, and about 50 more at the men's department entrance.

While Taylor missed out on the $25 gift card, she was pleased with her haul. "You have to do something to walk off the turkey," she joked.

The rest of Crabtree Valley Mall opened at 6 p.m., with people lining up outside certain stores to be the first inside.

Sundus Alsafadi, who works at two kiosks at the mall, said she's worked Black Friday before, and said that it had its perks.

"It's too much rush, but it's cool. Seeing people and running and doing this and that. And while you're working, you can find your stuff and just put it on the side and buy it later," Alsafadi said.

Last year, more than 174 million people shopped in stores and online between Thanksgiving and Cyber Monday.

That number was fueled by record-breaking Cyber Monday sales, which reached $6.59 billion, according to Adobe Analytics.