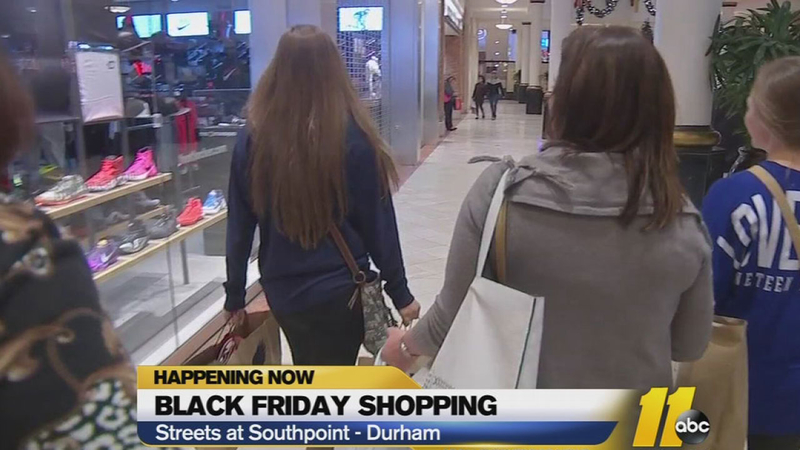 Shoppers had a bit of a buying appetizer on Thanksgiving, but the question remains whether they'll feast on deals on the day after the holiday.

Big chains that include Macy's, J.C. Penney, Wal-Mart and Target opened their doors on the holiday for those who wanted to get their post-turkey shop on. But the day after Thanksgiving, called Black Friday, is typically the biggest shopping day of the year. And for a decade, it had been considered the official start of the holiday buying season.

#BlackFriday reporting for #abc11Eyewitness from The Streets at Southpoint in Durham. Are you shopping today? pic.twitter.com/qbPHTrjsg1

"You've got like buy three get three free, so you're basically saving like $40. And you have like 50 percent, 60 percent off, so you're saving a lot of money," shopper Kanisha Cooper said.

"It's fun everyone should come out to Black Friday," Krishan Stancel added. "It's not that bad."

But as retailers increasingly have pushed opening times into Thanksgiving night, and discounting that used to be reserved for Black Friday into early November, analysts have questioned whether Black Friday is losing its cache.

Overall, the National Retail Federation estimates that about 135.8 million consumers will be shopping during the four-day weekend, compared with 133.7 million last year. The group also expects sales in November and December of this year to be $630.5 billion, up 3.7 percent from the last two months of the year in 2014.