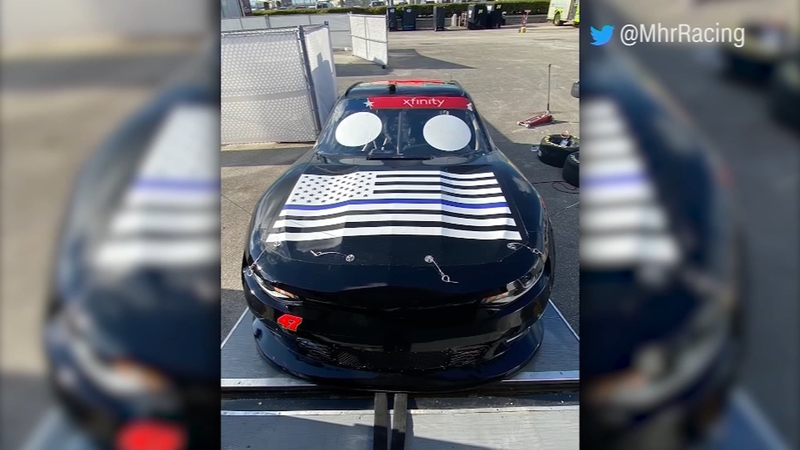 NASCAR driver races in Back The Blue car

MIAMI -- Days after a NASCAR driver raced in a car with a Black Lives Matter paint job, another driver responded with a Back The Blue theme.

NASCAR's only full-time black driver, Bubba Wallace, finished 11th Wednesday at Martinsville Speedway while racing in a car designed to honor protesters across the country and lend support to the Black Lives Matter movement.

Weatherman drove the Back The Blue car Sunday at Homestead-Miami Speedway. His transmission broke, and he did not finish the race.

Mike Harmon Racing is the team behind Weatherman and the Back The Blue car. Mike Harmon said the team has received hundreds of emails from families of officers killed in the line of duty thanking them for the recognition.

Weatherman took to Twitter shortly after posting that he would be driving the Back The Blue car to clarify that he also supported black men and women.

Thanks David. I absolutely I support the black men and women of this country and also support all first responders also. LOVE EVERYONE 🙏🏻 https://t.co/SIGrkTaIzC