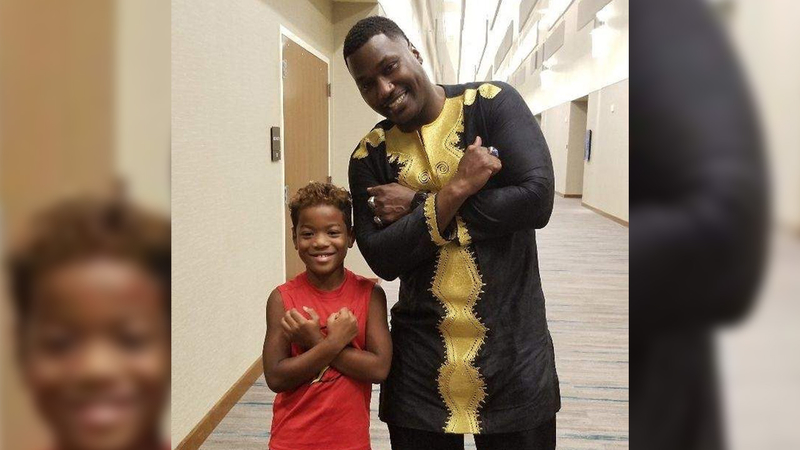 FAYETTEVILLE, N.C. (WTVD) -- Stanley Aughtry worked alongside Hollywood star Chadwick Boseman while filming 'Black Panther'. The actor, who is originally from Wayne County, is remembering Boseman and sharing the legacy that is 'Black Panther'.

The 2018 movie shattered box office records. In Marvel's recent cinematic line-up, 'Black Panther' is Marvel's only Black superhero movie with a predominantly Black cast. Boseman's sudden death to colon cancer is still a shock for cast-members like Aughtry who didn't know he was ill.

"I think he didn't want that to be a crutch or interfere with the work he wanted to push forward whether it was Black Panther or 21 Bridges," said Aughtry.

In the movie, Aughtry played Shombay, the Merchant Tribe warrior who turned down the challenge for King of Wakanda. According to the actor, Boseman was personable and working with him felt like family. Aughtry told ABC11 his favorite memory with the actor happened between takes at Warrior Falls as drummers came up with beats.

"That's myself, Chad, Forrest Whittaker, everyone. He would start dancing. Everyone would dance," said Aughtry. "Chad had a certain dance where he'd bend his knees and get low."

Boseman is being remembered as an icon who knew and loved him on the big screen. According to Aughtry, Black Panther will forever be significant to Black culture giving Black children a superhero who looks just like them.

"Representation is important for all of us across the world. 'Black Panther' provided that for the Black community. That's something we hold tight while Chad was here, but something we will hold on to his legacy and not let it go," said Aughtry.
Report a correction or typo
Related topics:
arts & entertainmentgoldsborowayne countymoviecelebrity deathsblack panther
Copyright © 2022 WTVD-TV. All Rights Reserved.
BLACK PANTHER
Jeffrey Wright talks Disney+ series 'What If...?'
SPONSORED: Magic of Storytelling | Black Panther: Vibranium Conundrum
45 is the new 50 for colon cancer screening, task force says
Triangle colon cancer survivors encourage earlier screening
TOP STORIES
Snow fall begins in some parts of central North Carolina
NC prepared as winter storm brings rain, snow and sleet
Schools in Wake, Durham counties to close Friday
Contact tracers' role changes as pandemic reaches new heights
Flavor District, Triangle's largest 'ghost kitchen' to open in fall
Residents in Wilson prepare for black ice and snow
LATEST: Many testing sites closed Friday because of winter storm
Show More
Reporter hit by car on live television, but continued reporting
Check your tires before -- and after -- the wintry weather
American Airlines flight diverted over maskless passenger
'We can't get any more': Stores struggle to restock shelves
Essentials to keep in your car during winter storms
More TOP STORIES News