Hometown Voices: Black women voters share issues that matter to them ahead of Super Tuesday 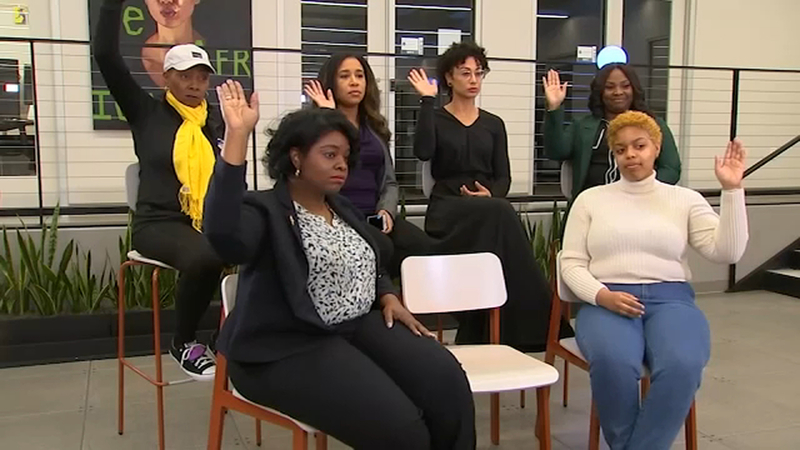 RALEIGH, N.C. (WTVD) -- In North Carolina, nearly 1.5 million African Americans are registered to vote. Black women represent the largest share of the African American vote, according to State Board of Elections data.

The black vote will be critical for politicians on both sides during the presidential election.

ABC 11 spoke to five black women to get their perspective on the issues influencing their vote. They shared who they voted for ahead of Super Tuesday.

What issues matter to you in 2020?
EMBED More News Videos

Health care, education, immigration and public safety made the list of issues that matter most to the voters participating in this discussion.

Karen Clark, a radio personality and a single mom, said immigration was the biggest issue on her mind.

"I couldn't have everything great in my life and know that there are families being separated at the border," Clark said. "It bothers me so much."

Morgan Siegel, owner of Jeddah's Tea, said education for her children was the most important issue to her.

"I think that's the biggest downfall in America is that we're not educating our youth to a standard that we should be," Siegel said.

Other women said they were concerned about health care and public safety.

While Krishana Polite, a state administrator for a nonprofit, said she believes that politicians take their concerns and votes seriously, other participants in the discussion disagreed.

"It frustrates me that the conversation about black women comes up only when it's election time," Clark said.

Wagstaff said she feels her voice is powerful.

Attorney Stephanie Robinson-Alexander said she sees the election as an opportunity to raise issues that matter to her community.

"Now that we can see each other and know the power that we have, what are we going to do with it?" she said.

Abney said she voted for Warren because she thought she would appoint the best people for the job.

Krishana Polite said she beleives President Trump does what he says he will do.

Robinson-Alexander said she would ultimately support whoever wins the Democratic nomination.

Wagstaff said she believes Warren would support women in her presidency.

"I hear a lot of you saying whoever can beat Trump," Polite said. "I'm conservative. I'm proud to be a conservative. I know what I see. Obviously, what I'm seeing is not what you're seeing."

Polite argued for economic improvement, while Siegel said taxation was not a key issue for her.

Polite also said she believes conversation is the key to progress.

"We do need to come together and have these conversations from different political backgrounds because we do have common ground," Polite said.

Abney said she sees voting as a form of power.

Occupation: State co-administrator of a nonprofit