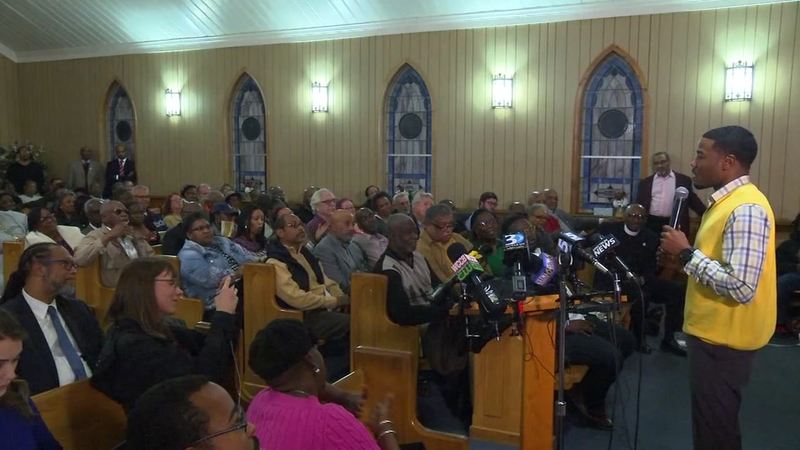 BLADENBORO, N.C. -- Dozens filed inside the First Baptist Church on Martin Luther King Drive Jr. Drive in Bladensboro on Tuesday night as a coalition of organizations held a town hall to address voters living in the North Carolina 9th district, some of whom believe their ballots may have been mishandled.

There are growing concerns among Bladen County residents who have fallen victim to voter theft.

"Although they have stolen your votes, we can't allow them to keep stealing votes," said North Carolina NAACP President the Rev. Anthony Spearman. "Harvesting is the fancy term they use for stealing."

Many of those who attended the town hall used the platform to speak up. Several organizations sought to provide answers to the election fraud claims as well as a sense of comfort in hopes that this won't happen again.

Joshua Retamar claimed his elderly mother received an absentee ballot in the mail she didn't request.

"No, I wasn't going to let her fill it out. We went over it, but why did she receive it?" Retamar said.

It's now more than a month past Election Day and the state's Board of Elections declined to certify GOP candidate Mark Harris's win over Democrat Dan McCready.

McCready withdrew his concession after the allegations of irregularities surfaced.

"Any Republicans with me? I call for the Republican Party of North Carolina to reverse course and be in favor of a new election," said Will Breazeale, a Republican.

“This thing has been going on for a long time, but they just got caught,” says Rev. Gregory D. Taylor who is pastor of the church. pic.twitter.com/odu2Whlnhq

State GOP leaders have said they would be in favor of a new election if allegations of irregularities are founded.

Meanwhile, Tuesday, the attorney for a man at the center the controversy said he hasn't broken any campaign laws and ongoing investigations will prove it.

Attorney Cynthia Adams Singletary said in a statement Tuesday that any speculation regarding McCrae Dowless and the 9th District election is premature and unwarranted. Singletary said Dowless was "a highly respected member of our community who is routinely sought after for his campaign expertise."

Harris said in an interview last week that it was his decision to hire Dowless, who is the focus in an investigation into how absentee ballots were handled.