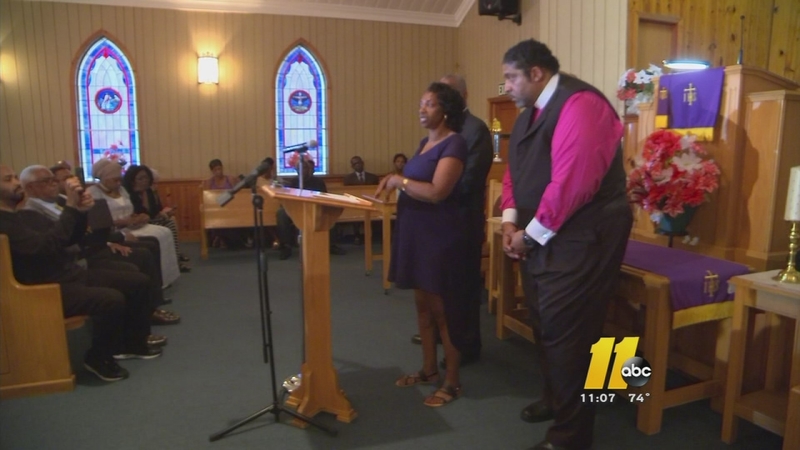 BLADENBORO, N.C. (WTVD) -- One year after the death of 17-year-old Lennon Lacy, his family held a memorial service Friday and called for justice.

She said time hasn't dulled her heartache or resolve.

"My thing is, how can something this tragic happen in a small community as this, and no one knows?" she said.

North Carolina NAACP President William Barber said he and an independent investigator believe the initial probe into the boy's death was botched.

"This family has never said it was or was not suicide. What they have said is 'We want the truth' and what investigators have said is there are too many questions," Barber offered.

There are questions about why the teen had on a pair of shoes two sizes too small and how could he have hanged himself without something to stand on.

They are questions Friday evening's sanctuary full of friends, family, and residents want the FBI to answer.

"When Lennon was killed, the body was found less than half a mile from his house, but law enforcement didn't even bother to track back to his house to check his room," said Lacy family attorney Allen Rogers.

The FBI is investigating Lacy's death as a possible hate crime, but no one is sure if they are any closer to putting the case to rest, easing a mother's pain, and a community's suspicion.