The missing baby was found inside a car Thursday afternoon in the same Georgia city where he disappeared a day prior.
WTVD
By Alex Meier 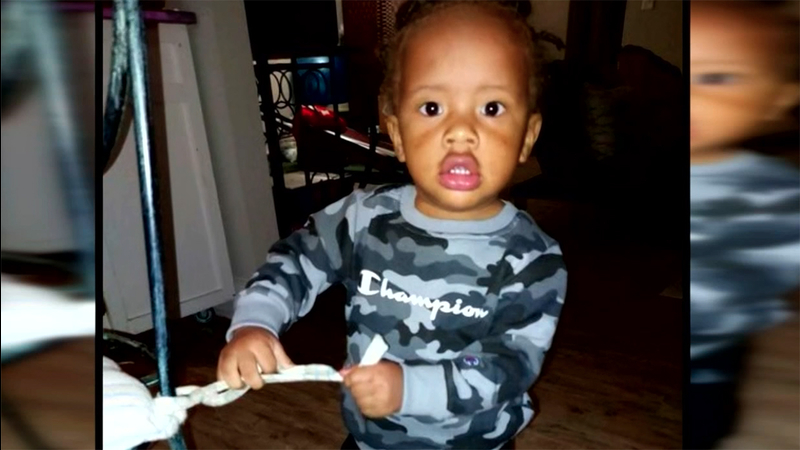 CLARKSTON, Ga. -- Blaise Barnett, a 1-year-old boy who was inside his family's SUV when it was stolen early Wednesday morning, was found safe, officials said.

The missing child was found inside a car Thursday afternoon in the same Georgia city where he disappeared a day prior, authorities said at a press conference.

A woman told police she left her home to go somewhere and found the baby inside the car parked in her driveway. She called 911, and Blaise was taken to the hospital, where he is now being assessed. Officials said he is in "good condition."

We are happy to report that baby Blaise has been found safe. pic.twitter.com/Zdb4pwyWyF

Police would not say whether the car belonged to the woman or whether she had any further involvement in the case. They are speaking with her to learn more.

A suspect has not been identified.

Authorities did not specify what they believe happened to the child after someone jumped into his family's unlocked vehicle and drove off with Blaise sitting in his car seat, authorities said.

Deonna Bray, the boy's mother, told police that she left her son inside the parked car around 1 a.m. local time as she unloaded groceries into her apartment in Clarkston, a small Atlanta-area city.

She told local ABC station WSB that the carjacking happened in the 30 seconds she left Blaise unattended.

Around 11 a.m. local time, police recovered her 2002 Ford Explorer about a mile and a half away from the family's apartment, but the child and his car seat were not inside.

James Dent, a local resident assisting in the search, told WSB that he found the stolen SUV and saw a man running away when he approached.

Authorities determined that Dent was not connected to the carjacking or 1-year-old's disappearance, WSB reported.

Wednesday evening, Bray had pleaded for her son's safe return and said she was "covered in emotions."

"I've never been away from him like this where I don't know where he's at, so I'm hurt ... Bring him back safely and unharmed in the quickest way possible," she said.

"Don't put him out on the street in the cold. Don't do that. Please don't do that," she added.

Family members and loved ones said they relied on their faith in God and prayed for Blaise's safe return home.

Bray organized a late-night search for her son and said she felt her community's support.

"Everybody's willing to go above and beyond to find him. It does mean a lot," she said.