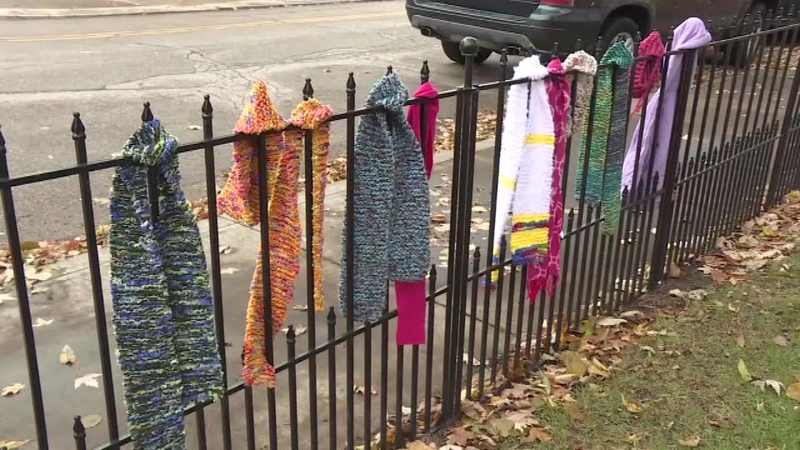 GOSHEN, Indiana -- Several years ago, a Goshen family came up with a way to provide warm, outdoor clothing for those in need.

It proved to be such a success that the community has now joined in to be a part of it, WSBT reports.

Around this time of the year, Lynda Salisbury and her family can be found busy at work at the wrought-iron fence in front of their Goshen home. It's known as the Blessing Fence.

They started it four years ago-- hanging warm clothing up for anyone in need to take.

"It started as just an idea, that it might be a need for this area of town. And I had seen where cities were hanging scarves around their trees and their parks for their homeless," said Salisbury.

She began asking people in the community to drop off scarves and hats.

When they first came up with the idea, it was mainly up to them to find and collect the clothes. Then neighbors and friends joined in and soon after it became a community wide effort.

That has been the case this season. Scarves, hats, gloves, boots and coats are being added to the fence.

This year, many people in community are stopping by on their own and hanging clothing or dropping bags of it on their front porch anonymously.

"People are knitting specific things and they are putting pretty little hats in bags, so, its, really, really grown with the community," said Salisbury.