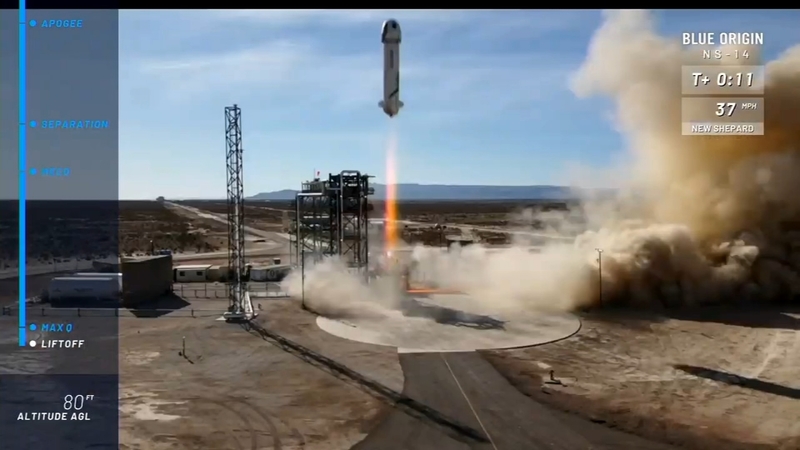 Mission NS-14 took a little more than 10 minutes to complete and sent the crew capsule more than 350,000 feet into the air.

The mission tested safety and communications systems ahead of the company's plans to send crews into space. The spacecraft has two parts: the capsule and a booster. The capsule is designed to carry humans on missions sometime in the future.

The capsule features six seats, which will include a test dummy known as Mannequin Skywalker, according to NASA Spaceflight.

The mission is the latest in a series of plans from the founder of Amazon, who revealed in 2019 a project to colonize the moon.

"We're going to build a road to space," Bezos said at the time, adding that he doesn't know how the colonies would be built but there are "certain gates, certain precursors" that would need to be established to ultimately meet that goal and Blue Origin was going to lead the way.