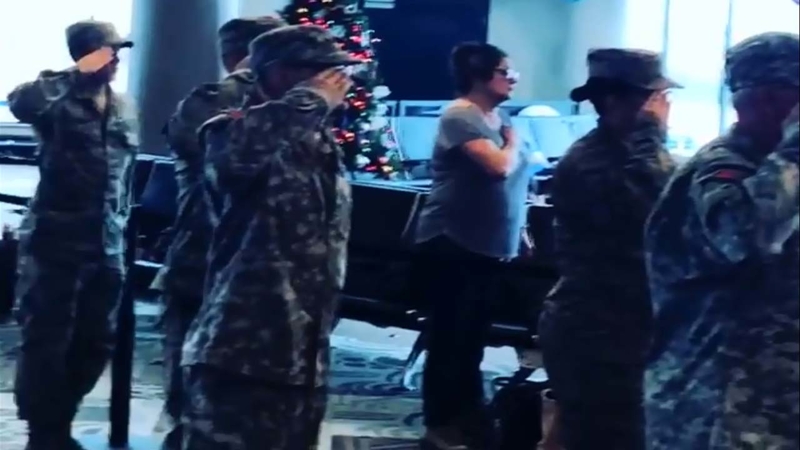 NASHVILLE, TN -- Everyone at gate C10 in a Nashville airport stood up and sang the national anthem as more than 100 children of fallen troops boarded a plane for Disney World.

The children who prompted the emotional scene are part of the Snowball Express--an annual event where thousands of children of service members who are killed in combat are given an all expenses paid vacation to Disney World.

In Nashville, the children were announced before they boarded the airplane. That's when people at the gate stood and started singing the national anthem.

Jen Tringale, an author and speaker, pulled out her phone to record what was happening.

"Most every person standing around, myself included was bawling at the sight of these kids and spouses who have paid so great a price for our country. To see all of this at Christmas time was so humbling," Tringale wrote on social media.


Tringale told ABC in an email that she has received countless messages from people touched by the video.