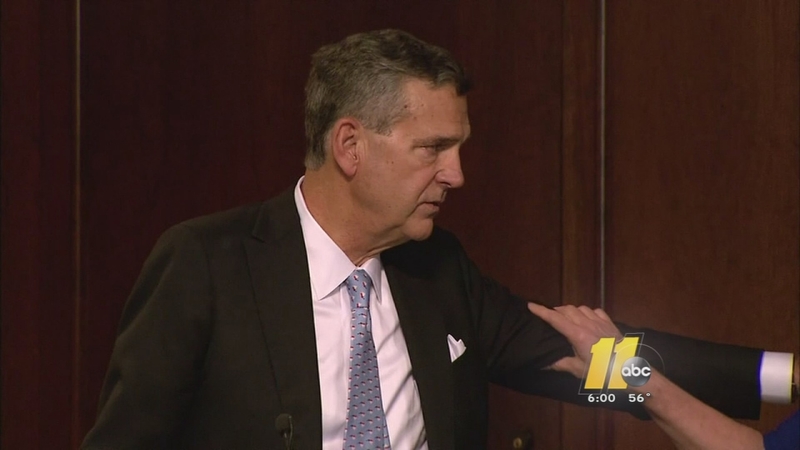 The 68-year-old Charlotte attorney's resignation comes amid calls for him to step aside after some board members expressed concern that the search for the next president of the 17-campus University of North Carolina system, that was led by Fennebresque, had not been transparent enough.

The UNC Board of Governors announced their unanimous vote for Margaret Spellings as the next president on Friday.

"While John Fennebresque and I may have had our differences at times, he truly loves the University of North Carolina and has been a tireless, passionate advocate for it," said Ross in a statement Monday. "He has served the UNC system with great dedication and commitment."

Fennebresque has served on the board since 2011.

The current vice chairman of the Board of Governors, Asheville attorney W. Louis "Lou" Bissette, Jr., will assume the chairmanship until the board can elect a new leader.