Protesters dissatisfied with little response from leaders on Silent Sam

The public was given an opportunity to have their voices heard, in front of a full board, about the controversial Confederate statue, Silent Sam, on UNC-Chapel Hill's campus. 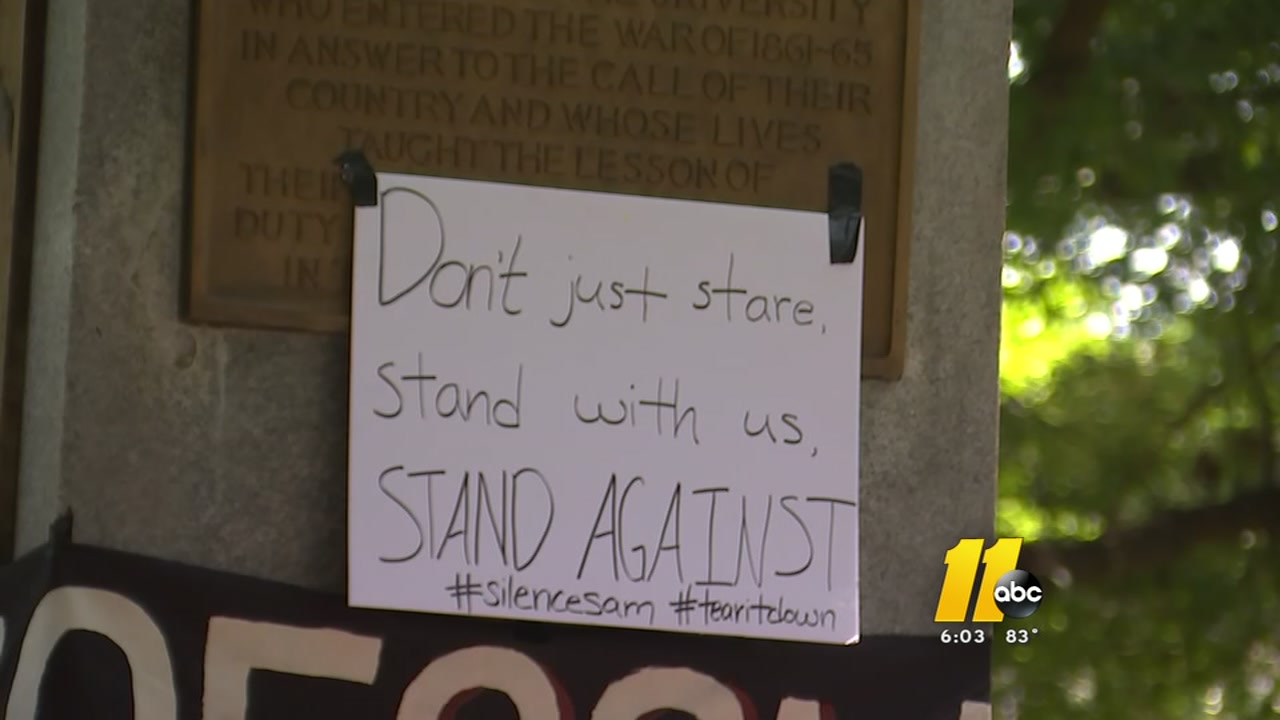 UNC students continue to protest Silent Sam
A sign that reads "We will not be intimidated" drapes the Silent Sam Confederate statue at UNC-Chapel Hill. Students are vowing to hold a vigil for as long as it takes until the statue is removed.

About a dozen people signed up to speak out against the statue. The board members said based on policy, they were there simply there to listen and would not be responding to their comments.

Chairman Harry Smith met with some of the speakers at the end of the public comment period. He told them he appreciated their attendance and wants to have a conversation.

Speakers said he promised no action. 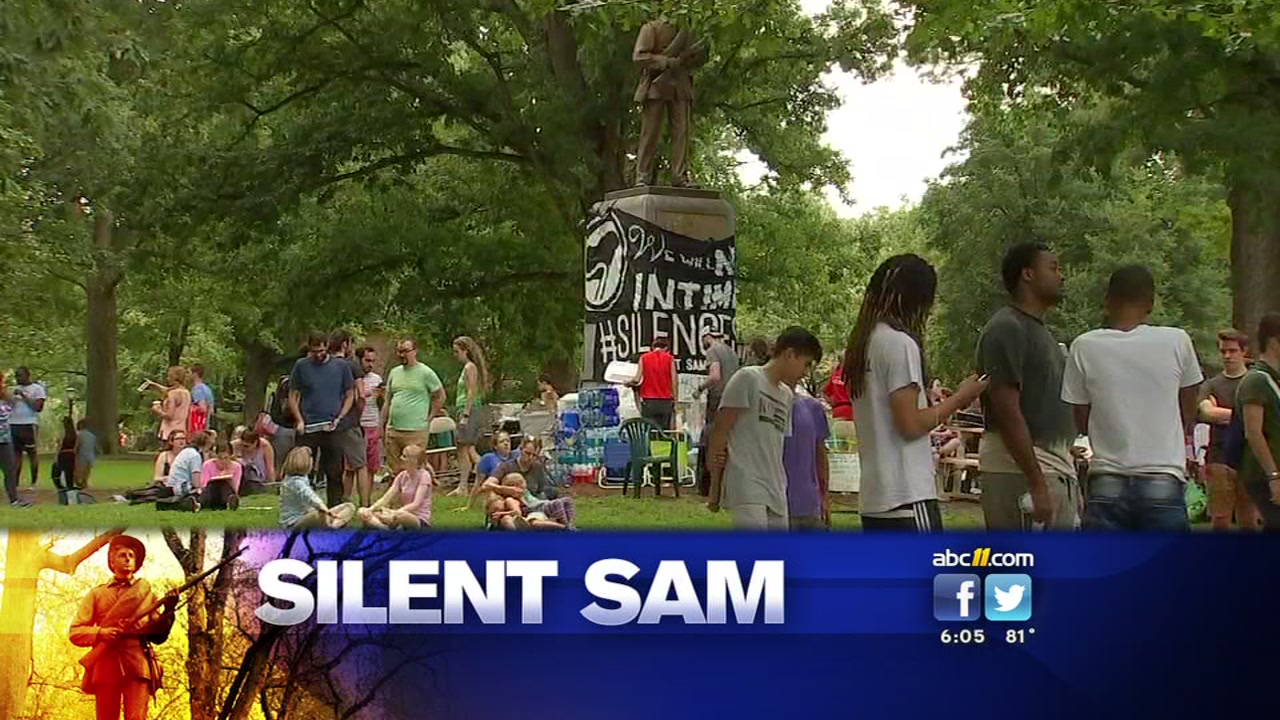 The statue, of a Confederate soldier, has been a source of controversy for decades.