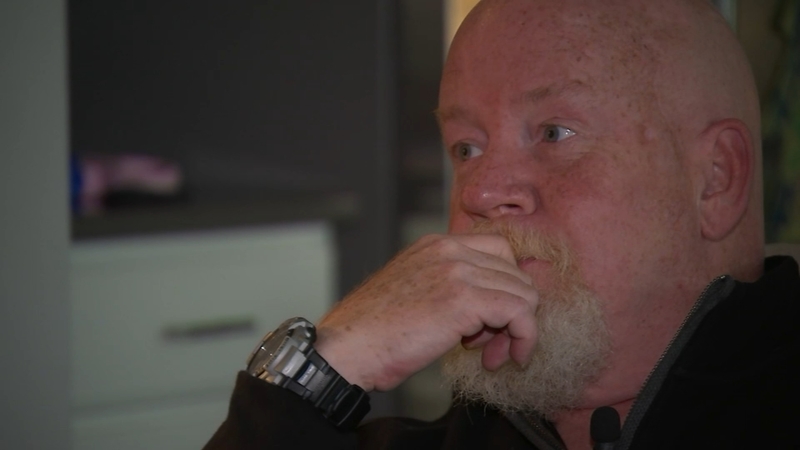 I'm in my final week of No Shave November. The purpose of this whole experiment was to get men talking and to encourage them to get checked, especially if it's been a while since they've been to the doctor. Cancer found early is a lot easier to fight then cancer found in the later stages.

This week, we met up one of our area's most well-known cancer survivors, Bob Dumas.

For years, people around the area woke up to his voice and his antics on his daily morning radio show. One day, while talking on his show, he found out that his words were all jumbled and just weren't coming out correctly. That only lasted for a moment, but happened again a few minutes later while he was in a meeting with his boss.

He just couldn't speak. Bob's doctor thought he might be tired, especially with the crazy morning hours, but still thought he should get an MRI, just in case. What it revealed rocked Bob's world.

We caught up with him at home recently to talk about his fight with brain cancer. A cancer diagnosis IS scary, but when Bob was told about the tumor growing in his head, his thoughts turned to his family.

He said, "The first thing was I was scared for my wife, and our two daughters, because you know when you hear brain cancer, you think you are DEFINITELY going to die. And I was really scared about that. But I knew that I was going to keep trying and it's been 13 years now."

And that's time he thought he might not have, but is thankful to have every day.

He still has to go back and get checked yearly to make sure the cancer hasn't returned. So far, so good. He says a lot of prayers have been answered.

As for the future, he's taking it one day at a time. Now that he's out of radio, he will be starting a podcast with his wife, Lu, in December.