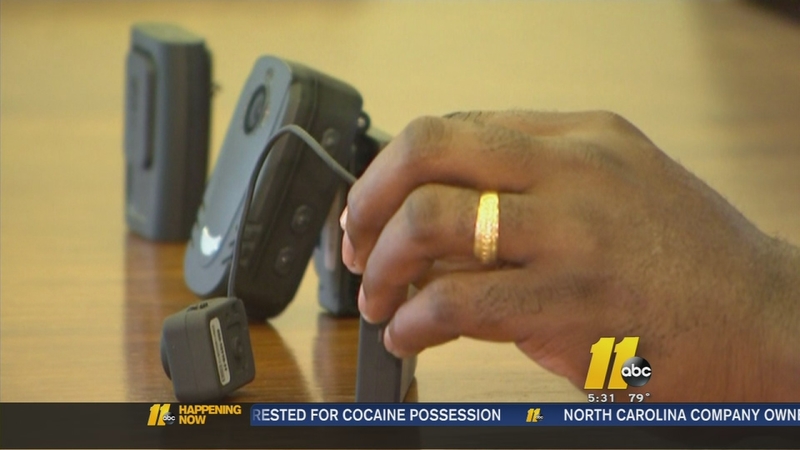 DURHAM (WTVD) -- The Durham Police Department is giving the public its first look at the body cameras its officers have tested in the field over the past three months.

"It adds another layer of accountability and transparency for both the benefit of the officer and the citizen," said Deputy Chief Anthony Marsh.

The department is trying out two kinds of body cameras that automatically record audio when the camera is on. They have yet to decide how many officers will wear them.

Each camera costs hundreds of dollars. Video storage is also an expense. Before the department makes a big purchase, it wants to hear from the public about any concerns.

After six listening sessions, the department will focus on funding, training and drafting a policy.

Officers will not be able to alter the video, according to Marsh.

"The public wants that sense of security and we're certainly going to be willing to provide that," he said while urging citizens to participate in the public forums.

"We don't want to present a false impression that this is going to answer every question every time. It adds another layer of accountability and transparency for both the benefit of the officer and the citizen," explained Marsh.

Critics of the police department echo Marsh's call for more public participation saying the body cameras are a good idea.

"I think that would protect false allegations going in each direction," said Durham attorney Alex Charns, who added that the devices raise serious questions about privacy, whether the video will be public record and for how long.

Charns represented the family of a Durham teen who died from a self-inflicted gunshot wound in the back of a squad car. The camera inside the vehicle stopped recording.

The department says it will decide what type of cameras to purchase this summer.

Public listening forums will take place at the following times and locations: