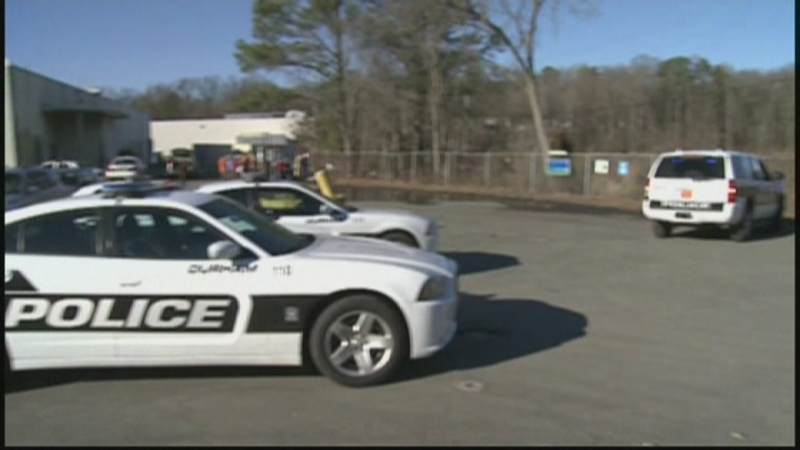 DURHAM (WTVD) -- Durham police are investigating a murder after they recovered a decapitated body from a pond in a nature preserve behind a grocery store Monday afternoon.

Officers responded to the Beaver Marsh Nature Preserve between Club Boulevard and Interstate 85, behind Compare Foods off Roxboro Road just before 3 p.m.

Dozens of volunteers for a Martin Luther King Jr. Day of Service clean-up project noticed something in the water.

"I can't really say I'm surprised. I hate that it happened. I would like to know who it is and what caused it. I'd like to know that," said longtime resident Rudolph Dunbar, who lives six blocks from the scene.

Police have not identified the victim nor have they said what might have caused that person's death, which leaves Dunbar disturbed and puzzled.

"We've been here 25 years, but this is not the same Durham today that it was when we first came here. Things have gotten progressively worse," Dunbar told ABC11. "I don't feel safe anywhere in Durham."

The preserve is known for more than 75 species of birds and an array of others animals, including beavers.

"One of our volunteers who was doing work on the water actually found a big bag and when they opened it up, there was a person's body inside," said Chris Dreps with the Ellerbe Creek Watershed Association -- which oversees the land.

Crime Stoppers pays cash rewards for tips leading to arrests in felony cases. Callers do not have to identify themselves.