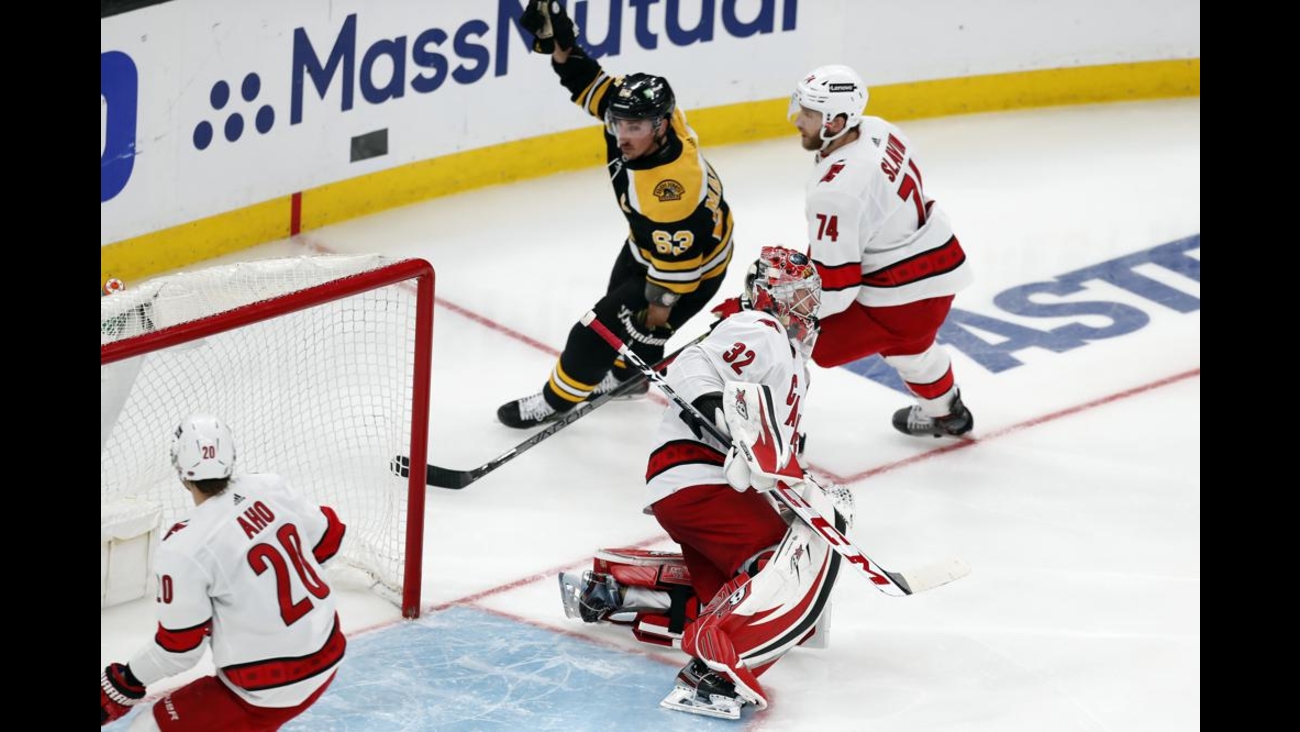 BOSTON -- The Boston Bruins earned themselves a seventh game with another dominating performance at home.

The problem: The clincher will be at Carolina, where the Hurricanes have been just as unbeatable.

"Everybody loves a Game 7," Boston coach Bruce Cassidy said after the Bruins won 5-2 on Thursday night to even their first-round playoff series against Carolina at three games apiece. "We'd rather be at home, I'm not going to lie to you.

"We've got to win, now, one road game. That's in front of us," Cassidy said. "We knew that when we started, we'd have to win at least one to advance. So here it is."