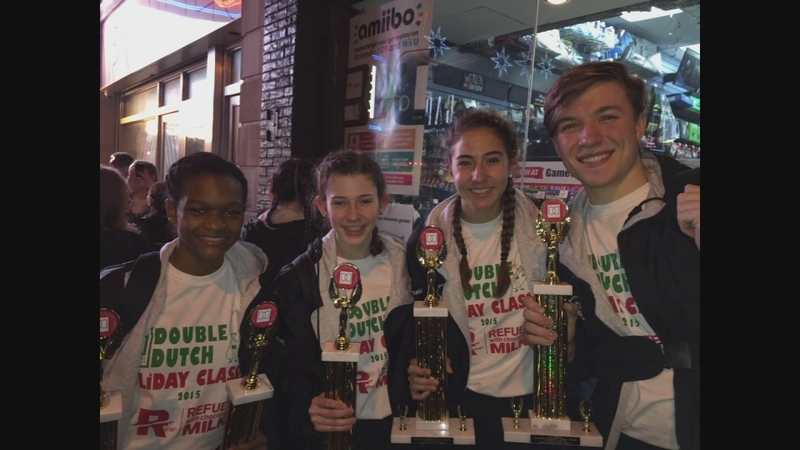 The local jump rope demonstration team took 32 boys and girls to the Apollo Theater in New York City to compete in the National Double Dutch League Holiday Classic against teams from Tokyo, Paris, and all over the U.S.

The Bulldogs are some of the fastest double-dutchers in the world and their coach Ray Fredrick said it's all thanks to their hard work.

"We have been training for probably 2 1/2 months," Fredrick said. "And the boys and girls were very excited, and when it came time to do speed - that's one of the most challenging events in the world."

"That's a major accomplishment for our program because normally most speed championships are won by the New York City teams," Fredrick said.

"Dawn Ruston is the mother of one of the award-winning jumpers. Her daughter Kenzie has been with the team for 13 years.

"It's more than jump rope," Ruston said. "We've been saying this over and over for years and years, but it really is an amazing program because the kids are spreading health and fitness. They're spreading dedication and devotion, and they're also spreading support and teamwork."

"It's not about trophies," Fredrick said. "It's about being the best person you can be, and then turn your successes into helping other people."

The Bouncing Bulldogs are looking forward to their next big competition, the world championship in Portugal, this summer.