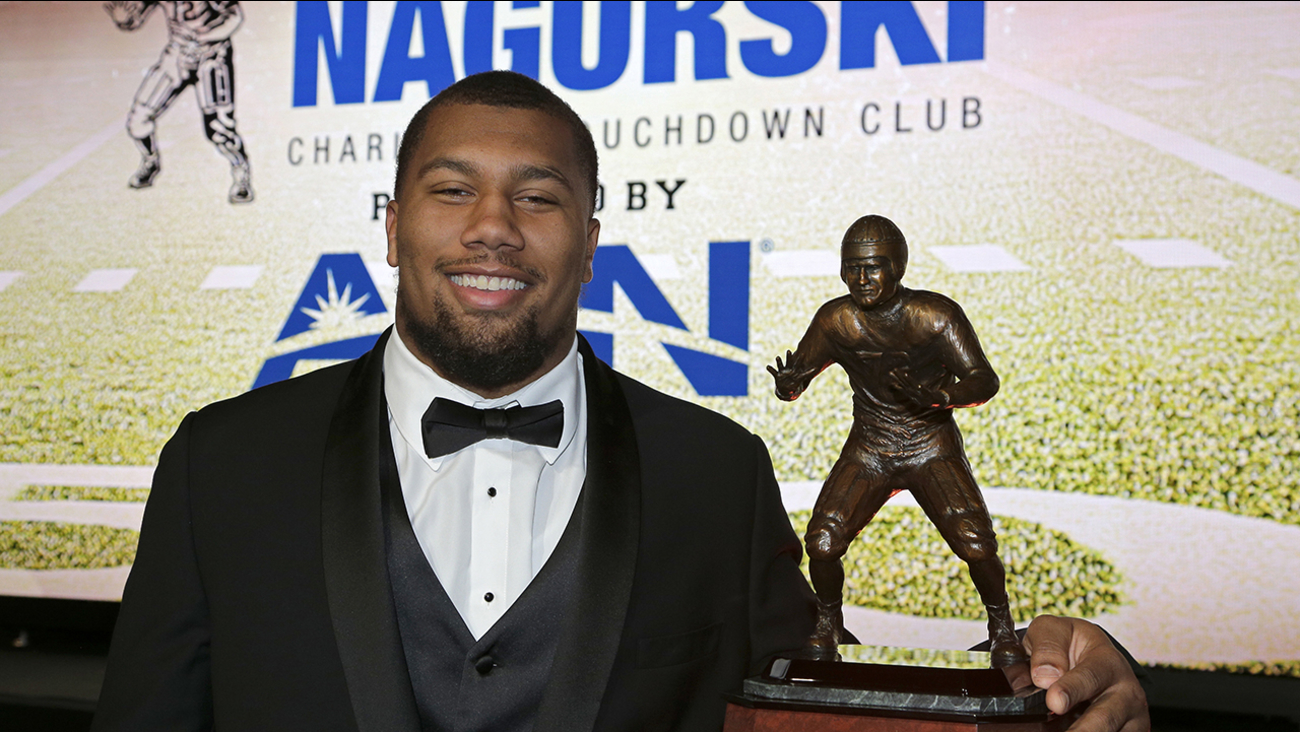 The Wolfpack's senior defensive end won the Bronko Nagurski Award on Monday night given to the nation's top defensive player. The award was presented at the Charlotte Convention Center.

The 6-foot-4, 275-pound Chubb leads the FBS in tackles for loss with 23 1/2 this season. He has 25 sacks during his career, including 10 in 2017. He has 72 total tackles in all along with nine quarterback hurries, three forced fumbles, two passes broken up and a blocked kick.

Chubb becomes the first North Carolina State to win the award. Wolfpack linebacker Levar Fisher was a finalist in 2000.

"It's a little surreal moment just knowing the people who won this award in the past, but it's definitely an honor," Chubb said. 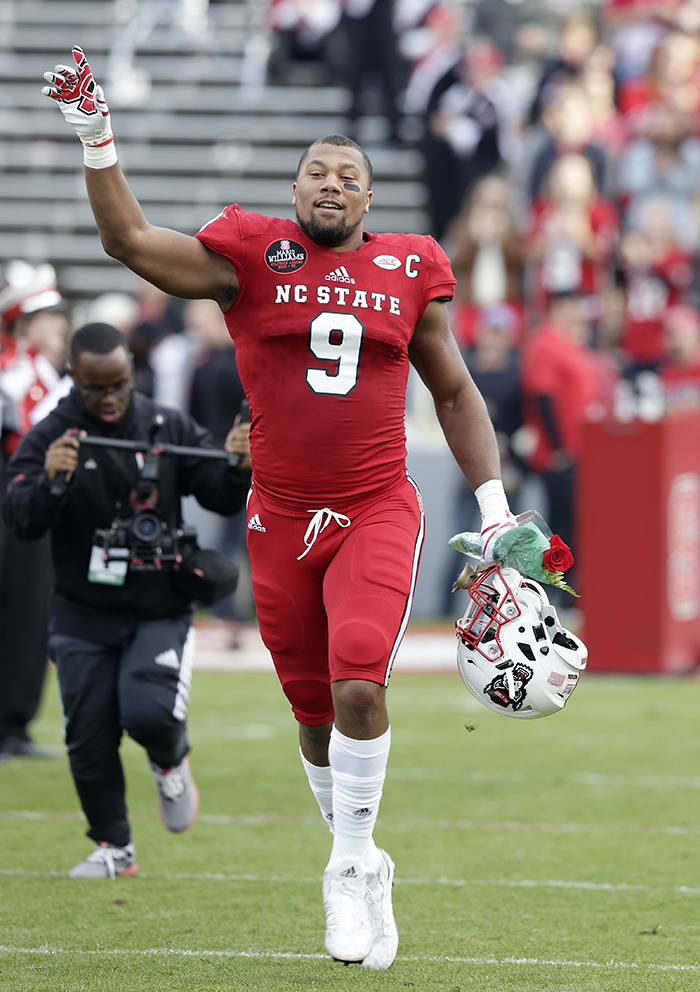 This is what happens if you just keep working," NC State head coach Dave Doeren said of Chubb's record-setting career. "This wasn't a guy who was a five-star (recruit). This is a guy who made himself into one."

When asked if there was trash talking between the five finalists beforehand, Chubb joked "It's all goodwill. It's a little size-up stuff with a lot of guys asking, 'What were your stats like this year?' Just to feel each other out, but it's all in good fun."

Notre Dame's Ross Browner, a member of the College Football Hall of Fame, was this year's Legends Award recipient.

Georgia head coach Kirby Smart was the keynote address at the banquet.

Chubb was also named ACC Defensive Player of the Year.